Deputies identify woman who died after stopping on I-94 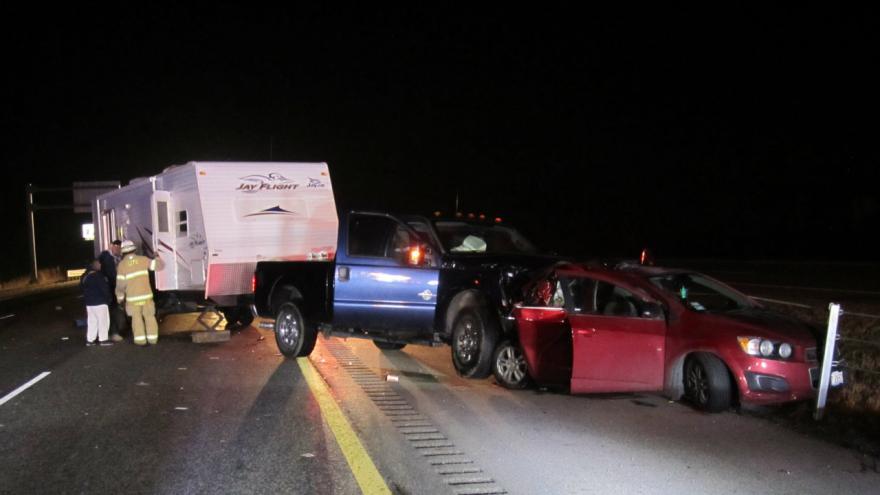 BERRIEN COUNTY, Mich. -- A woman who was killed in a crash after stopping her vehicle in the middle of the travel lanes of I-94 on Sunday has been identified, according to the Berrien County Sheriff's Office.

Deputies say 36-year-old Venice Spears was traveling in the right eastbound lane of I-94 when she stopped her vehicle.

A Ford 250 pickup pulling a trailer swerved in an attempt to avoid Spears' vehicle, but was unable to stop in time. The truck rear ended Spears' vehicle and the two vehicles slid off the road into the cable barriers.

The driver of the Ford and his passenger were both treated at the scene and released.

Spears was pronounced dead at the scene.

Deputies are investigating the crash, including why Spears stopped in the middle of the roadway.