Deputies locate suspect believed to be armed and dangerous 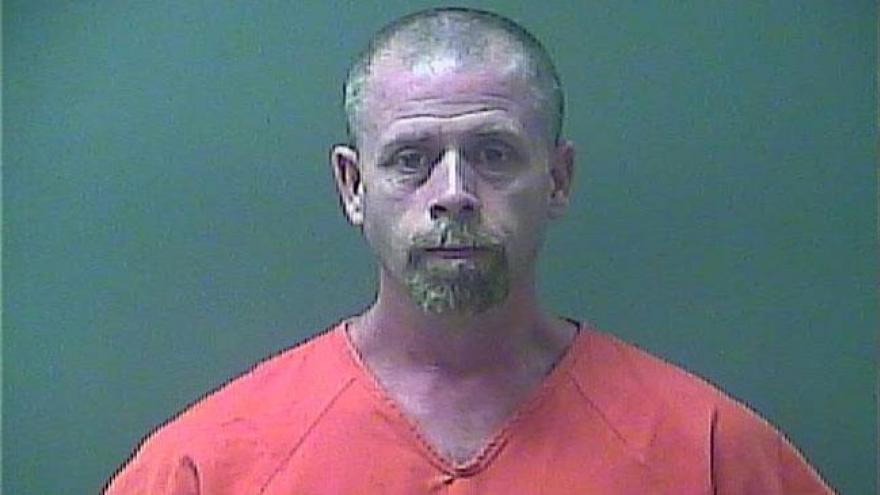 The 34-year-old victim called deputies around 8 p.m. Monday to report a battery.

She told deputies her estranged husband had forced his way into her home, beat her, threatened her with a firearm, threatened to harm himself and commit "suicide by cop."

The victim fled the home with her child and called for help from a nearby gas station.

Deputies said the victim was taken to the hospital for treatment.

The suspect was identified as 46-year-old David H. Lane.

Deputies searched around the victim's home and the immediate area for Lane Monday evening.

On Tuesday around 3 p.m., Lane's vehicle was located in the 4500 block of School Road.

A K-9 team and helicopter searched the area for nearly three hours but the suspect was not located.

Corporal Brian Gill and his partner Bumpus, a Hanoverian Hound, began a grid search for Lane near the area where Lane's car was found.

Bumpus located Lane hiding in a hole covered with debris.

Lane was taken into custody without incident.

“We are thankful that this suspect, who was considered armed and dangerous, was taken into custody without incident” stated Sheriff Boyd. “Sergeant Swanson is to be commended for his tenacity and follow up on this case which remained a high priority for all law enforcement agencies. I can’t say enough about the outstanding level of cooperation from our law enforcement partners. We appreciate Lake County’s helicopter yesterday and Porter County’s K-9 team today. In the past 48 hours a tremendous amount of information has been shared between police agencies in Indiana and Michigan as well as several agencies in La Porte County. It is this cooperative effort as well as the dedication of Sergeant Swanson and Corporal Gill that helped bring this fugitive to justice.”