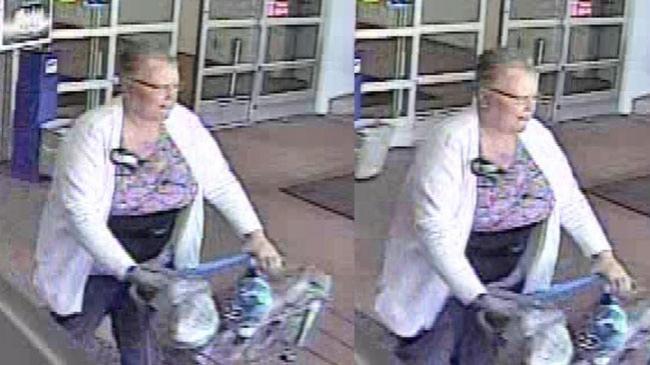 UPDATE: The woman has been identified and deputies are no longer seeking tips in this case.

Elkhart County Sheriff's deputies have released surveillance photos of a suspect they are trying to identify.

On April 5 around 2 p.m., the woman was observed on surveillance video allegedly taking a 91-year-old woman's wallet while the victim was checking out.

Deputies say the suspect left in a dark colored vehicle. Deputies also released a photo of the vehicle.