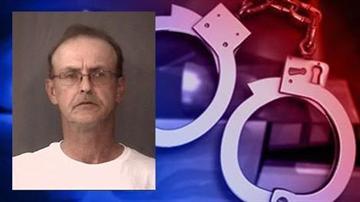 KOSCIUSKO COUNTY, Ind. -- A man is accused of severely beating a woman at the Jellystone Campground Sunday over the use of a clothes dryer, according to the Kosciusko County Sheriff's Office.

The sheriff's department arrived Sunday around 11 a.m. to the laundry/restroom facility at the Jelly Stone Campground at 1916 North County Road 200 North in Pierceton. There, they found a 24-year-old Columbia City woman who had been beaten.

Deputies learned the victim had been beaten by a man identified as 54-year-old Michael Patrick Zimny of Glenwood, Illinois. Preliminary information revealed the victim entered the laundry area where she and Zimny got into a confrontation over the use of one operable clothes dryer units.

Deputies say the victim was hit in the head and eventually went unconscious as she tried to return to her camp site.

She was taken to the hospital in critical condition.

Zimny was arrested on preliminary charges of felony aggravated battery with substantial risk of death.

He is being held without bond on a prosecutorial hold by the Kosciusko County Prosecutor's Office.