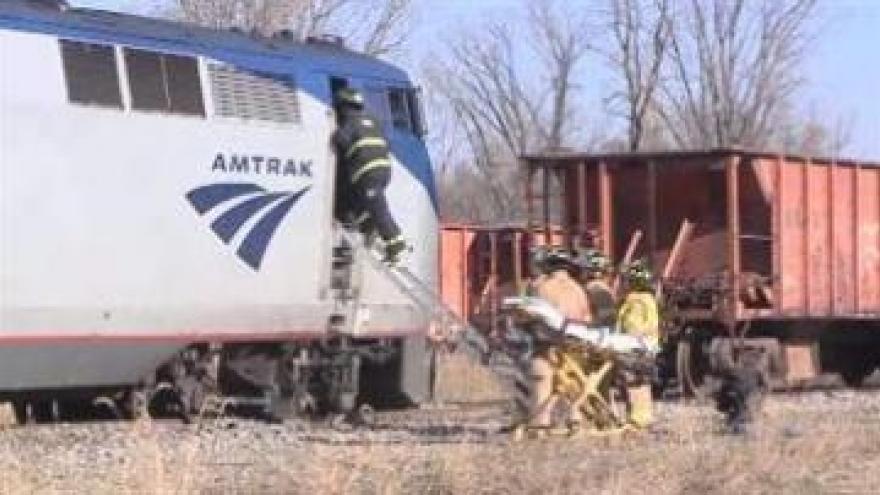 NILES, Mich. -- "We were completely off the track."

"He really slammed on those breaks, and we felt it."

"God's kind of watching us."

Hundreds of Amtrak train passengers were on board when the train derailed near Niles Sunday morning.

Lucas Chapa was sleeping when he was thrown from his seat.

Seven people were transported to nearby hospitals, and several others received medical attention.

Amtrak Train 350 was headed from Chicago to Detroit when it abruptly derailed. Passengers on board say had the train gone just a few feet further, minor injuries could've turned into deaths.

"It could've been worse if we hit that train," said Sherita Hurst, a passenger. "I was in the worst car, and it was completely tilted to the side. I'm on that window looking down like, 'Oh my gosh, I hope we don't hit the ground.'"

"I look in the car in front of us, and it's like completely moving off the tracks," said Lauren Anton, another passenger aboard the train. "That's when I was like, 'Oh my God!'"

Passengers were escorted away from the scene to a nearby train station, and the rail line was shut down.

Amtrak officials aren't sure of the accident's cause, but say they're investigating.

"Of course, our hearts go out to any injured passengers or crew members," Marc Magliari, an Amtrak spokesman, said. "We're optimistic we'll find out what happened here and get to the bottom of it."

Meanwhile, passengers are just trying to put the experience behind them.