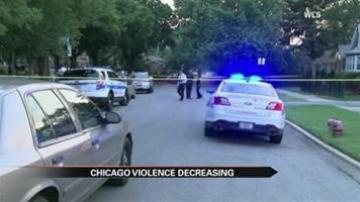 CHICAGO -- Chicago violence over the Easter weekend left nine dead and more than 40 injured and yet the city's homicide rate is actually down.

Some locals refer to the windy city as "Chiraq” because of the violent and deadly wars between neighboring gangs.

The community is trying to get ahead of it, standing together with Mayor Rahm Emanuel to try and stop it.

"There is nothing out there that is more powerful than what is in here. There is nothing. We are stronger than that senseless violence," said Mayor Emanuel.

Chicago police point out that shootings were down in 2013 compared to last year, and that the department has banked some overtime to combat the violence.