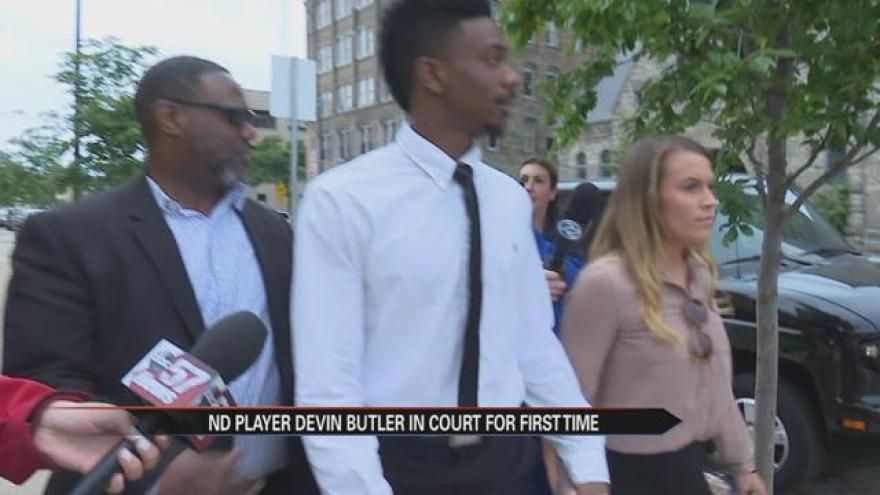 Butler attended the initial hearing with his parents and his attorney, Jeff Kimmell.

That's when evidence will be turned over. Kimmell says that evidence should reveal the truth of what happened the night Butler was arrested.

Butler was charged with resisting law enforcement and battery to a police officer following an incident outside the Linebacker Lounge on August 20.

Kimmell says the truth is different than what police are saying.

"We’ll continue to talk to witnesses and look for evidence that will reveal what actually happened that night," Kimmell said. "Time will tell. We don’t know what will come forward but we are hopeful that somebody was able to capture the incident on video so if anybody has done that I would appreciate them contacting me. I know in this day and age with smart phones and cell phones there’s a good chance that that happened."

His next court date, a status hearing, was scheduled for October 17.