Diana McKeown out of the hospital 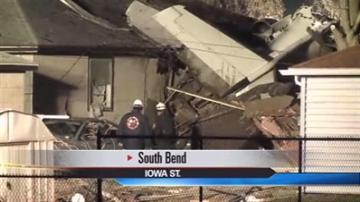 SOUTH BEND, Ind. --  One of the victims of Sunday's plane crash that killed two people and injured three has been released from the hospital.

According to Diana McKeown’s best friend, the 62-year-old was released from the hospital Wednesday.

“She was released from the hospital today,” said Jan Masters.

Masters says she was overjoyed when she got the call that her best friend was in good enough condition to go home.

The only problem is after Sunday nights’ plane crash, McKeown does not have a house to go home to.

“That was her childhood home. She grew up here. She lived here when we were in high school,” said Masters.

Robert Maciejewski also used to live on Iowa Street.  He was in disbelief when he came back for a look.

“When we lived here, we never thought an aircraft would come flying into our home,” said Maciejewski.

Four days later and even with all this destruction, Masters and Maciejewski say the neighbors on North Iowa Street are lucky, because it could have been so much worse.

“The people on the ground, they seem to be doing rather well,” said Maciejewski.

“I really believe there was divine intervention, because if she would have been in the back part of her house, she would not have survived it,” said Masters.