Did a "frost quake" hit Michiana?

Definitely some strange events happened Sunday night as we were preparing to ring in the new year. Many reports came in about a series of loud booms and even shaking occurring in the area. The local National Weather Service in Kosciusko County did not have any reports of an official cause. But, a frost quake may have been the culprit 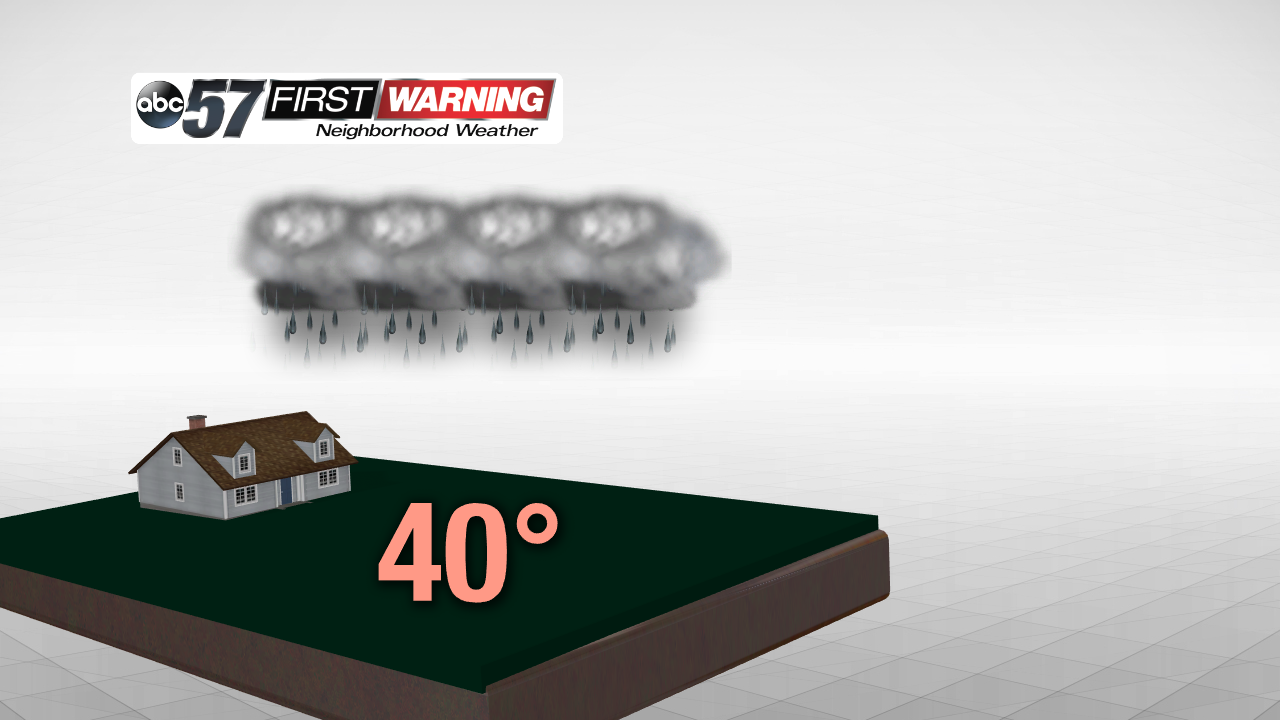 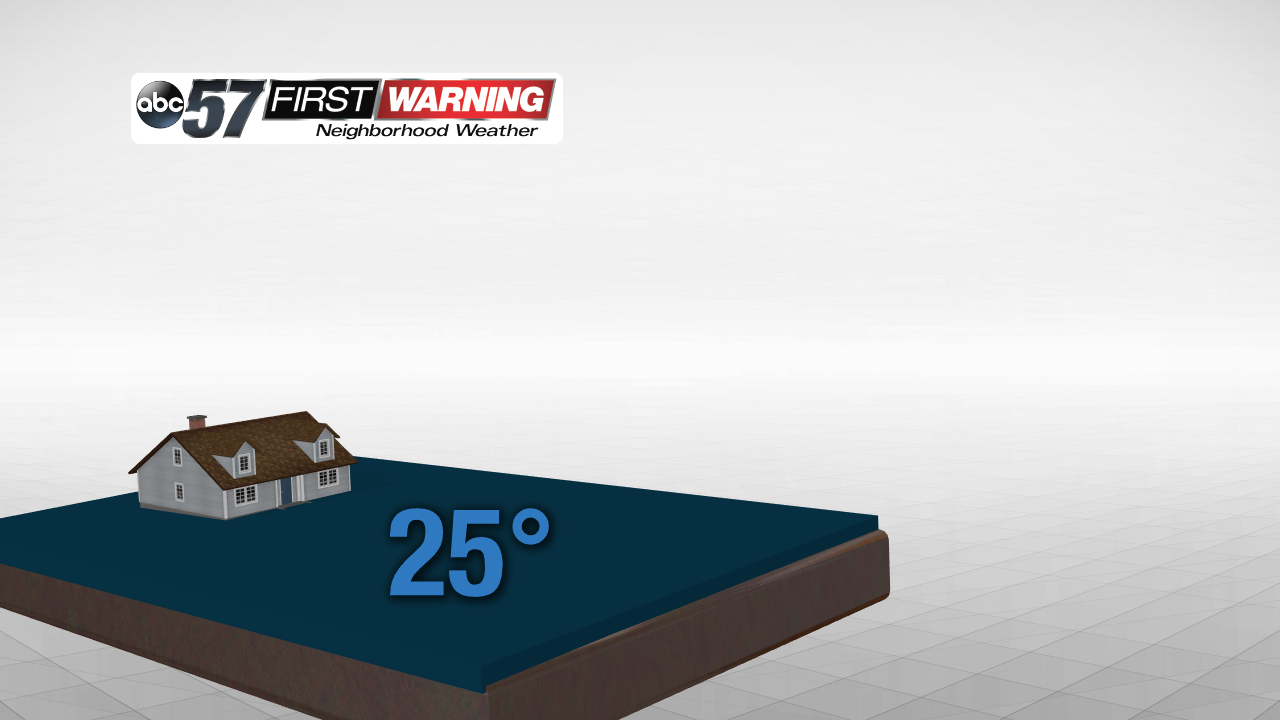 Frost quakes are created when there's a drastic change in temperature, from well above freezing to well below in a matter of hours. Rainfall during the warm stretch creates wet ground that then freezes once temperatures fall below 32 degrees. Now, water expands as it freezes to ice, and that expansion can build up stress on the ground, much like an earthquake. 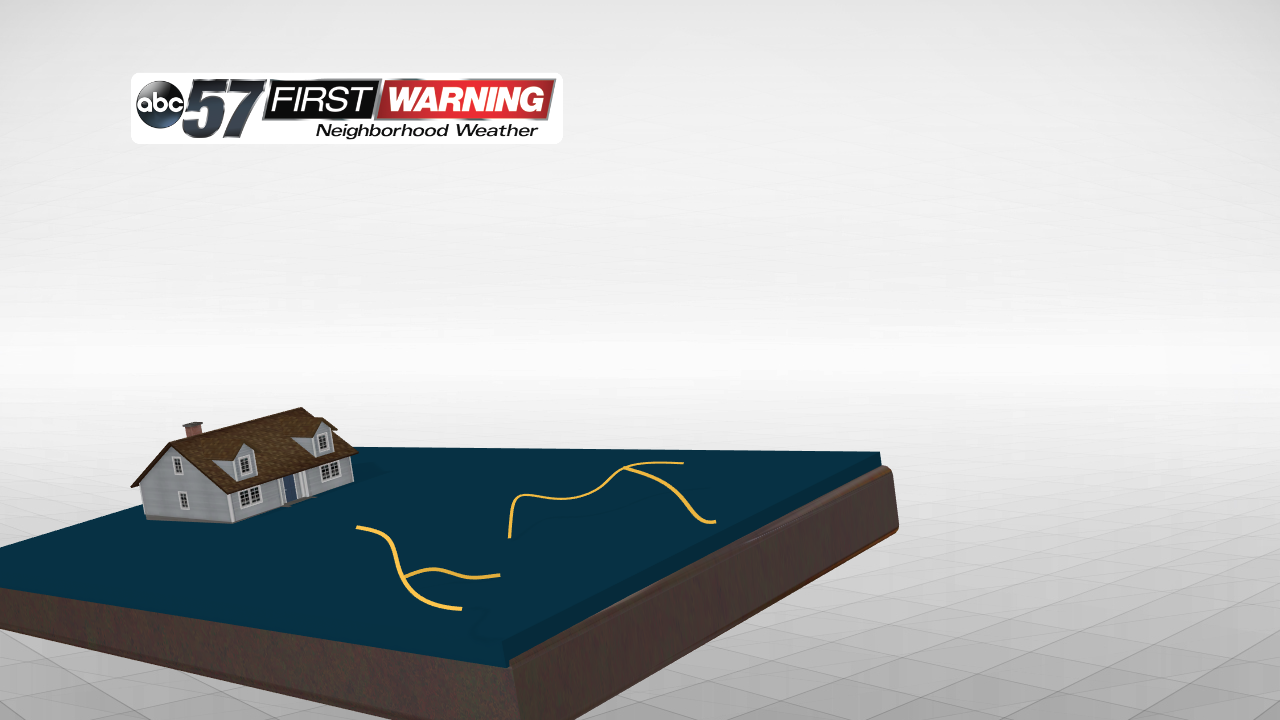 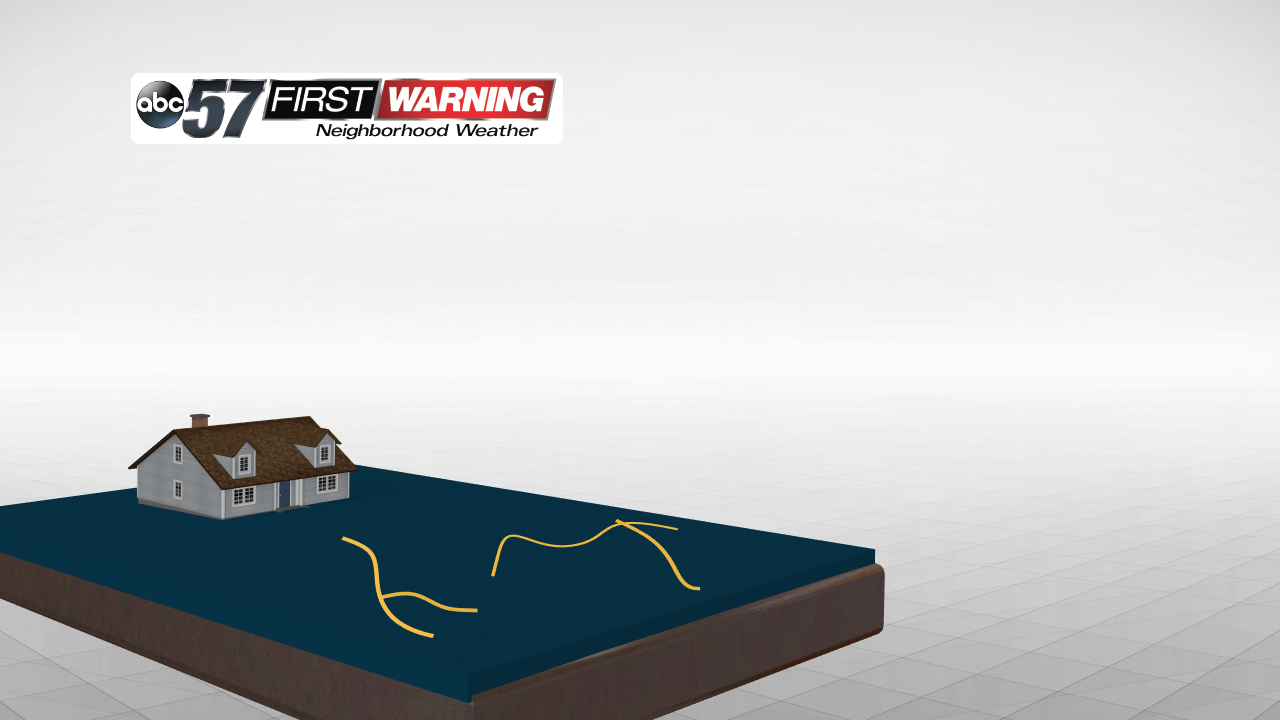 In some cases, the build-up can be much as to crack and shake the ground once all of that energy is released. 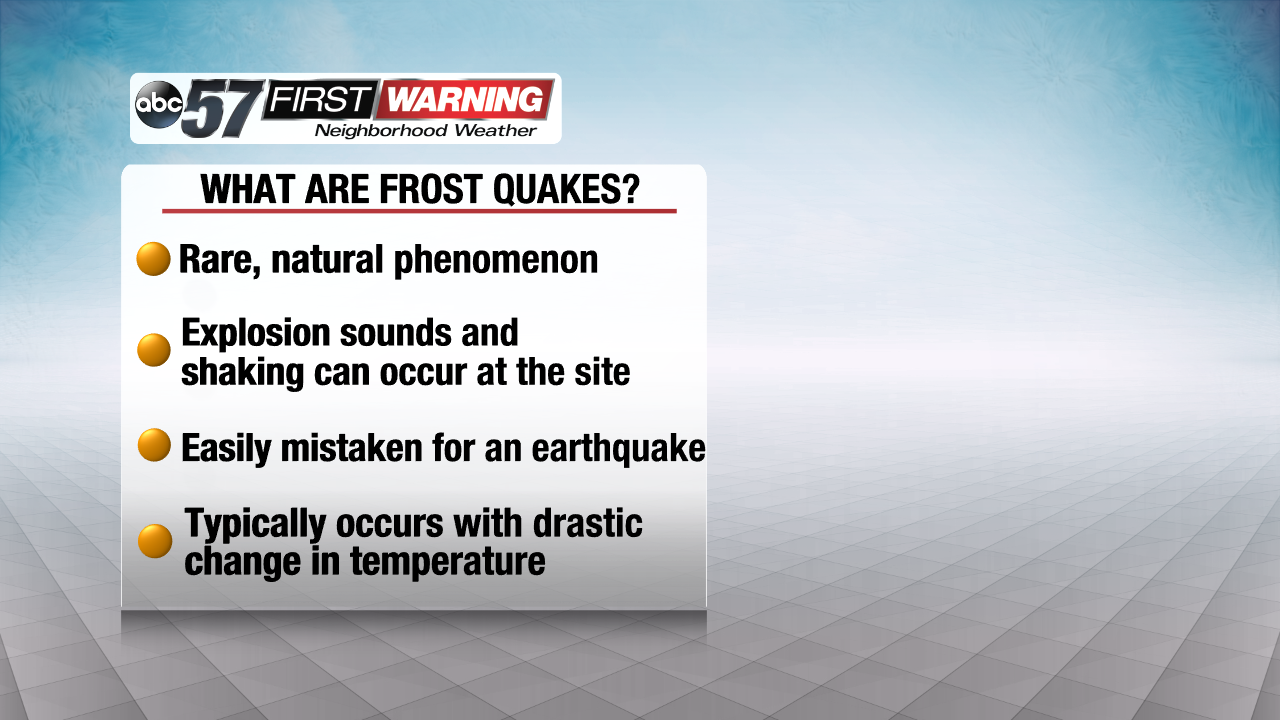 Now, this is a very rare occurrence and, again, only forms after a drastic change in temperatures, which isn't exactly what we had on the night of New Year's Eve. However, weirdly enough, central Indiana was hit by a frost quake one year ago in January 2018. Residents around the Indianapolis area reported very similar shakes and booms. But, for now, this event remains a mystery, as other theories of a meteor shower or solar flare swirl along side a frost quake.