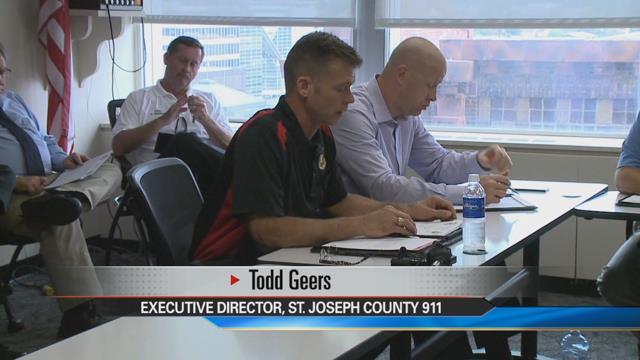 Because of ongoing concerns with the St. Joseph County 9-1-1 dispatch center, Executive Director Todd Geers announced his resignation on Monday.

Indiana House Bill 1204 (2008) required all counties to consolidate dispatch centers to no more than two per county by December 31, 2014.

Since the consolidation of dispatch centers in St. Joseph County, there have been several problems reported under Geers' watch.

The concerns include dispatchers have been working too much overtime and not getting the proper training.

These issues led to instances like police and fire being called to the wrong addresses or not responding to calls at all.

Because of these concerns, the operations board and the executive board asked for his resignation at the meeting of the Executive Board for the Public Safety Consolidation Consortium.

Greer spoke at the meeting.

"I feel as though it's an opportune time for me to transfer control to a local public safety leader to continue to move forward the efforts we've undertaken so far and continue the vision we have for the consortium," Geers said at the meeting.

"We'll be pointing to your contributions at a really critical time to get us this far so I appreciate it and I wish you well going forward," said Mayor Buttigieg.

Geers will remain on as a consultant to the consortium.