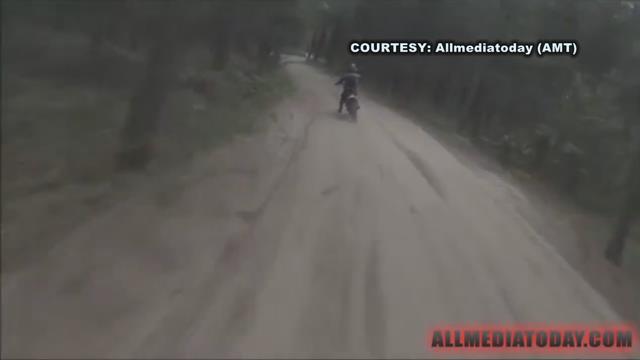 New video has emerged on YouTube of a dirt biker colliding with a black bear.

The video was posted June 27, 2015 and shows two men riding through Michigan trails, according to MLIVE.com.

About 40 seconds into the video, the driver collides with the bear, sending him tumbling into the ground

The black bear is seen taking off, but the driver was injured.

The video has gone viral and was shared numerous times on social media.