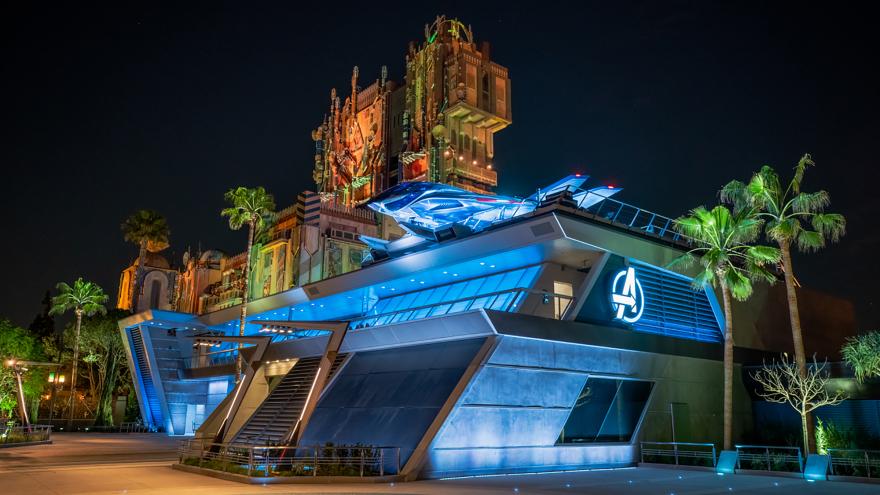 (CNN) -- Soon guests will be able to walk alongside Earth's Mightiest Heroes when "Avengers Campus," the new land based on the Marvel franchise, opens at Disney's California Adventure on June 4.

The land — which is located at the sister theme park of Disneyland in Anaheim, California — is the company's latest undertaking at its parks and resorts unit.

Disney said on Thursday that the land will open a few months after Disneyland itself reopens on April 30. Disneyland and California Adventure have been closed for more than a year because of the coronavirus pandemic.

The new Avengers Campus will be a sprawling new land that will include rides, food and locales all based on the comic book brand. The Campus' premiere attraction is called "WEB SLINGERS: A Spider-Man Adventure," which is a 3D ride with New York's favorite webslinger.

The company calls it an "interactive escapade" that allows guests to "sling webs like Spider-Man and experience what it's like to have super power."

There will also be eateries, including the "Pym Test Kitchen," which will offer Impossible plant-based meatballs as well as other foods "at unusual scales, including shareable bites, inventive-sized entrees and tiny treats," according to Disney. (Hank Pym, for those who don't read comics, is one of the characters who dons the Ant-Man suit, which allows for heroes to change sizes.)

There's also many of Marvel's popular locations for guests to explore, including an ancient sanctum with Doctor Strange and Avengers Headquarters.

Disney even said Spider-Man will do "flips 60 to 65 feet in the air" above the campus.

"We are so excited to soon welcome our guests to Avengers Campus, our first land dedicated to Super Heroes," Ken Potrock, the president of Disneyland Resort, said in a statement. "Here, our cast members will unite to help guests of all ages find their super powers and create special memories."

The opening of "Avengers Campus" is a big moment for Disney and even a bigger moment for its parks and resort division.

The unit is trying to rebound after one of its hardest years ever due to closures and layoffs caused by the coronavirus pandemic.

Much like "Star Wars: Galaxy's Edge," which opened in 2019, Disney is integrating another of its most beloved film and streaming franchises into its parks. By doing so, Disney connects its resorts to a blockbuster brand that has made more than $22 billion at the global box office, according to Comscore.

Josh D'Amaro, chairman of Disney Parks, told CNN Business on Wednesday that "Avengers Campus," like Disneyland itself, will always be updating and will "never be done."