District 2 council seat up for grabs 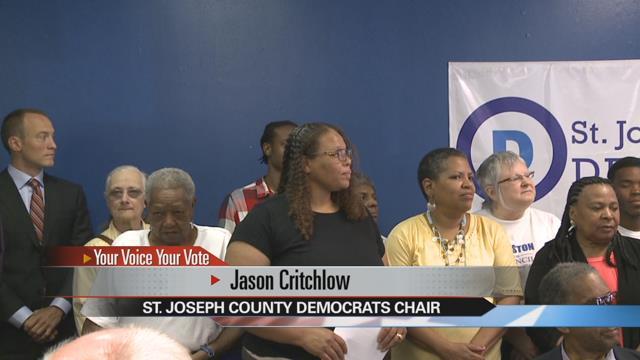 Wednesday, St. Joseph County Democrats are reacting to his announcement.

Democratic Chair Jason Critchlow says by winning the primary election by a large margin, voters made it clear Preston is the person for the office.

“He’s abandoning his party, but why?" said Critchlow. "Is it just because he wants to run for something else?”

The party says it plans to move forward without Davis.

Wednesday’s press conference was the party’s reintroduction of the city council candidate voters backed in the primary last May.

“We have to be able to connect with our residents, with our constituency, get them involved in a way that’s going to help us make our point, connect with the community and make things happen,” said Preston.

Those qualities are ones, the party claims, Councilman Davis lacked.

“The fundamental question they’re going to have to ask themselves is have we seen effectiveness from our district representation or have we not?” said Critchlow.

But Davis says he disagrees with the party’s politics.

He sent a statement:

"I’m running as an independent because I believe the voters of the second district deserve better than politics as usual. Party politics have failed working families."

His opponent says she is less concerned about politics and more about change.

“Whether we’re Democrat, Republican, Independent, all of those categories kind of pale in comparison to making sure that who’s ever in that seat, we’re doing what’s best for the community," said Preston.

Critchlow says Davis is welcome to rejoin the party, but will have a lot of explaining to do.