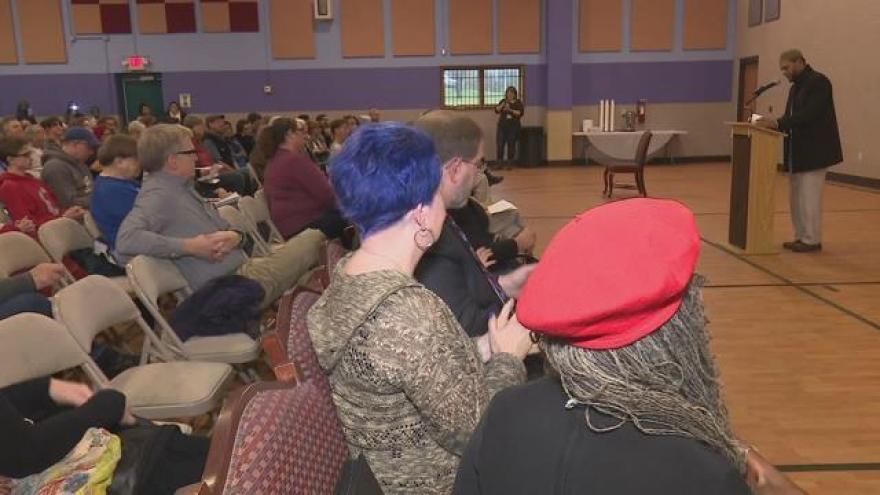 While President Donald Trump was being sworn in in Washington D.C., South Bend decided to host its own ‘People’s Inauguration.’

“We actually can build and create alternatives that are about solidarity, about inclusion,” said Darryl Heller of the Civil Rights Heritage Center.

Scott Sernau decided to attend South Bend’s inauguration after waking up thinking, “I am concerned about the future of the country.”

“Today we are gathered here…for the inauguration of a new chapter in the history of our nation, a chapter where people like you and I come together and stand up for each other,” said the Islamic Society of Michiana’s Imam Mohammad Sirajuddin.

The Islamic Society hosted the community speech portion of the event.

“I mean, I think one of the most important things is that we need to work,” said Nekeisha Alayna Alexis, who said she woke up really excited to attend this alternative inauguration.

“We need to engage. It’s not enough that we just get out there and say, I can’t believe this is happening,” said Rudy Monterrosa of La Casa de Amistad.

“This is the very essence of social activism, to work with…people from all walks of life to challenge any and all forms of inequality,” said Imam Sirajuddin.

When asked what he hopes to take away from the event, Scott Sernau responded, “I mean hope, but also local solidarity.”

“It’s really important that we do what we can to help the world be the just place that we want it to be,” said Alexis.

“We are all Americans, one nation, under God, indivisible, with liberty and justice for all,” said Imam Mohammad Sirajuddin.

People representing more than ten groups spoke to the hundreds who came out to South Bend’s inauguration Friday.

All the speeches had one connecting thread: South Bend will stand for inclusivity.