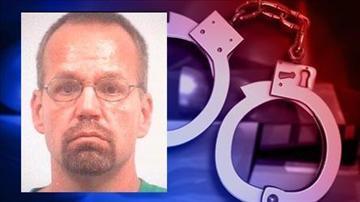 ELKHART, Ind. – A woman who was a victim of rape 25 years ago contacted Elkhart law enforcement officials about her unsolved case. DNA collected in her case in 1988 was tested and helped identify her alleged assailant.

On March 5, 1988 a 10-year-old girl was abducted from her home around 11 p.m., taken to a wooded area, raped, then returned to her neighborhood.

The victim was taken to the hospital and it was determined she suffered considerable injury during the assault, according to prosecutors.

The Elkhart County Sheriff’s Department collected biological evidence from the victim and sent it to the Indiana State Police lab in anticipation of testing.

In 2011, the victim contacted the sheriff’s department about her case. Because the original biological samples were still at the ISP lab, they were tested for DNA.

Preliminary DNA analysis determined the sample contained DNA from the victim and an unknown male.

In 2012, a possible match was found for the male DNA. A warrant was obtained for the suspect’s DNA for comparison.

On February 13, lab results indicated the DNA of the suspect was a match to Robert E Quinn, an inmate with the Indiana Department of Corrections.

Quinn is currently service a sentence on a parole violation from a 2005 child molestation charge from Elkhart County.

Quinn has been charged with Rape, child molesting, and criminal confinement.