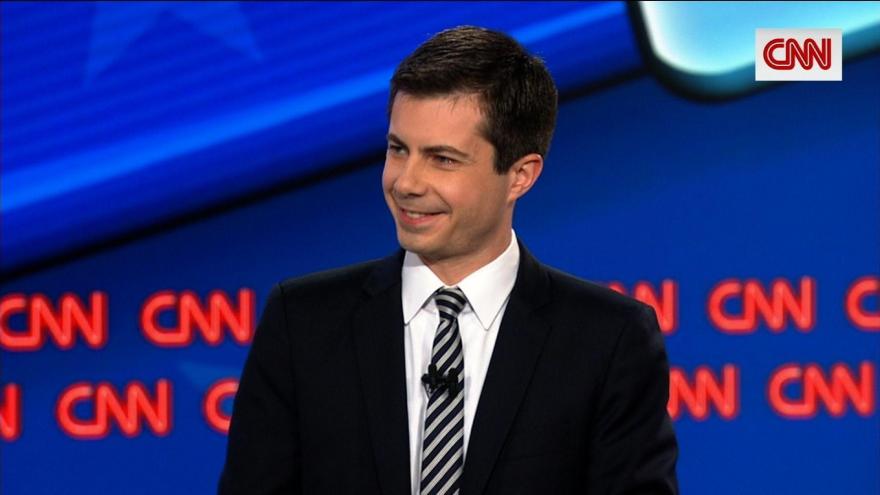 WASHINGTON (CNN) -- For some liberals, the fight to lead the Democratic Party isn't just about pushing back on the Trump administration -- it's about admitting that the party would be in shambles even if he wasn't president.

"Even if we had won the White House, the Democratic Party would be in a lot of trouble right now," South Bend, Indiana, Mayor Pete Buttigieg told CNN's Chris Cuomo Thursday on "New Day." "We've got to be united. We've got to come together and that's going to be the priority for the party coming out of Saturday."

Nearly 450 Democratic National Committee members will vote Saturday in Atlanta for their next party chair. The organization has been under interim leadership after Debbie Wasserman Schultz stepped down following leaked emails appeared to show the committee favoring Hillary Clinton over rival Sen. Bernie Sanders during the primaries.

Buttigieg is among several candidates who participated in a CNN sponsored debate Wednesday for those seeking to be DNC chair. Others competing for the Democrats' top spot include former Labor Secretary Tom Perez, Minnesota Rep. Keith Ellison, US veteran Samuel Ronan; Sally Boynton Brown, executive director of the Idaho Democratic Party; Jehmu Greene, a television analyst; and Peter Peckarsky, a Wisconsin lawyer.

The millennial Rhodes Scholar said Thursday that behaving as if President Donald Trump is the Democrats' only problem would be dishonest.

"You can't pretend everything is going along fine. The status quo didn't work. It didn't work internally holding the party together and it didn't work externally," Buttigieg said. "I know we don't like saying it or admitting it as Democrats, we got beat."

"We've got to acknowledge the mistakes of the past without being doomed to repeat them, without reliving 2016," he added.

But Buttigieg was not the only candidate who said some of the Democratic Party's biggest challenges exist internally.

Sam Ronan, an Air Force veteran from Ohio, said liberals do not trust those leading the DNC due to their allegiance to "insiders."

"Not only was the primary rigged, it was rigged all across the country because the DNC has never allowed outsiders or brand-new people to rise through the ranks. It has always been an insider's game," he said Wednesday at the debate. "It has been that way for a very, very long time. That is where that lack of trust is coming into play."

For as much as liberals praise grassroots activism, Ronan said DNC leaders did not allow the people to have a voice in the future direction of the party -- and that hurt them in the general election.

"Not only was Bernie Sanders snubbed, not only did it look like Hillary Clinton had fought or muscled her way into it, then those supporters were denied a chance to speak at the convention," he said Wednesday. "And that was the final straw."

But it's possible that the plea to allow a new voice to focus on repairing the DNC is falling on deaf ears. The two leading candidates for the top spot are Perez and Ellison, well-known names familiar with Washington.

And their ties to high-profile, longtime voices like Clinton, Sanders and Rep. John Lewis, who recently endorsed Ellison, cause some to doubt their ability to be the revolutionary leader many Democrats believe is currently needed.

Vote-counters for several candidates believe that Perez presently has a narrow lead. The former Obama administration official said he has commitments of support from 180 of the DNC's 447 voting members. However, both Ellison and Perez admit that they lack the necessary votes to clinch the job.

Whoever clinches the job will need to focus on the belief among many that the Democratic Party at one of its most essential levels is broken. And Peckarsky said he believes the next leader should make changing that a priority.

"The reality here is that all of us are probably going to do the same thing if elected chair -- getting the party working again at a local level," he said Wednesday.