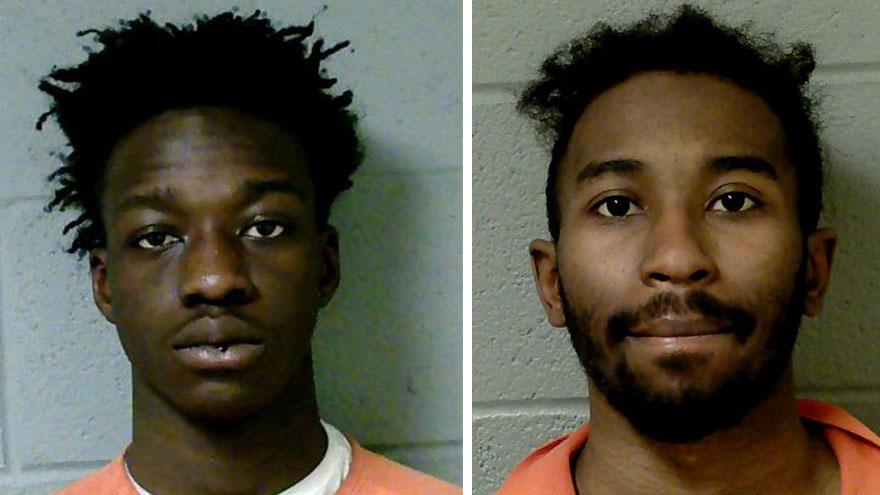 CASS COUNTY, Mich. -- Two men have been arrested in connection with a home invasion/armed robbery that happened at a home on Day Lake Road Tuesday evening, according to the Cass County Sheriff's Office.

The victim told deputies three or four men entered her home demanding money. While in the home, they forced their way into a back room where there was a dog, reports said.

When they opened the door, the dog came at the suspects, so they shot it, reports said.

The dog died of its injuries.

The suspects then left the residence and drove away in a Toyota Prius, reports said.

While investigating, a suspicious incident was reported on Brownsville Road, just a few miles from the home invasion, according to deputies.

Two vehicles were parked on the property and subjects were getting out of a silver Prius and into a red Toyota Camry, reports said.

The property owner made contact with the people and they fled the area before deputies arrived.

Deputies identified one suspect in the home invasion and put out a 'be on the lookout' for the Camry.

The Camry was located at the Cassopolis Library and two men were taken into custody.

Anyone with information about this incident is encouraged to call the Cass County Sheriff’s Office.