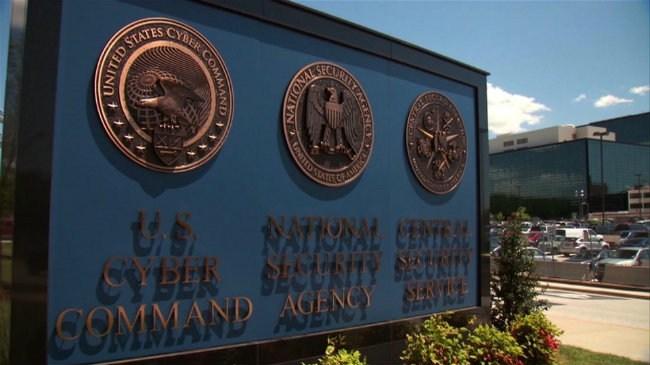 According to a criminal complaint, Harold Thomas Martin III, 51, was charged with theft of government property and unauthorized removal and retention of classified materials by a government employee or contractor after searches of his home and property revealed hard-copy and digital files containing "highly classified information."

Martin worked at Booz Allen Hamilton as a contractor to the National Security Agency, according to a law enforcement source.

Among the documents the FBI believes Martin stole were some detailing a hacking tool that the NSA developed to break into computer systems in other countries. Documents detailing the tools were posted on the Internet in recent months.

FBI investigators haven't concluded what Martin's motivation for stealing the documents. But so far they don't believe he did it for a foreign country.

In a statement, Booz Allen did not refer to Martin by name but acknowledged one of its employees had been arrested. The company said it has offered its "total cooperation" to authorities and fired Martin.

"There have been no material changes to our client engagements as a result of this matter," the company said. "Booz Allen is a 102-year-old company, and the alleged conduct does not reflect our core values. Thousands of our employees support critical client missions with dedication and excellence each day. Their professionalism, values and ethics are what define our firm."

Martin's attorneys, Deborah Boardman and James Wyda, said in a joint statement that the charges are "mere allegations."

"We have not yet seen any evidence," the attorneys said. "There is no evidence that Hal Martin betrayed his country. What we do know is that Mr. Martin loves his family and America, he served his nation honorably in the US Navy as a lieutenant and has devoted his entire career to making America safe. We look forward to defending Hal Martin in court."

Martin's wife said outside their Glen Burnie, Maryland, home that her husband is a "good man" and asked for privacy.

"I love him very much," Debbie Martin said.

Martin served in the US Navy and Naval Reserves for more than 10 years, reaching the rank of lieutenant, according to his service record obtained by CNN. He received several awards and distinctions, including the Joint Meritorious Unit Award and Navy Unit Commendation.

The New York Times was the first to report the arrest.

The files allegedly obtained by Martin contained top secret information, the complaint said. Top secret is the highest level of government classification and is defined by the government as material that if disclosed "reasonably could be expected to cause exceptionally grave damage to the national security."

Martin was arrested in late August, according to the Justice Department. No explanation was given for why his arrest was not announced until Wednesday. Martin has been detained since his arrest, but has not been formally indicted yet.

Assistant Attorney General for National Security John Carlin was speaking at a conference in Boston Wednesday when the news broke and confirmed the arrest. He wouldn't get into details, but said it highlights the risk of insider threats.

"We have made an arrest of an individual who's involved in taking classified information," Carlin said, saying it shows concerns beyond external hackers in systems. "We also need to take into account -- whether it's economic espionage or traditional espionage -- the focus on those who are trusted within our companies, within our government who can exploit that trust to cause enormous harm."

Martin faces a maximum sentence of one year in prison for the unauthorized removal and retention of classified materials and 10 years in prison for theft of government property, according to the complaint.

No known connection with Snowden

Edward Snowden famously disclosed a number of NSA surveillance techniques and fled the country in 2013. He also worked for Booz Allen, though there is no known connection between Snowden and Martin.

Snowden speculated on Twitter that Martin's arrest could be linked to a leak of NSA secrets.

"This is huge. Did the FBI secretly arrest the person behind the reports NSA sat on huge flaws in US products?" Snowden wrote.

The revelation was a "good reminder for all of us with security clearances about how important it is for us to protect sensitive national security information," Earnest said.

He added that he was "sharply limited" in what he could say about the case since a criminal investigation is ongoing.

News of Martin's arrest follows the August release of what appeared to be top secret computer code that the NSA had used to target the computers of other governments and actors, though there is no known connection between the two incidents.

That release, by a group calling itself the Shadow Brokers, was of code that dated back to around 2013, according to James Lewis, director of the Strategic Technologies Program at the Center for Strategic and International Studies. The documents were posted for sale online.

At the time, it raised the prospect that the world's pre-eminent cyberspying agency had itself been hacked.