Dolphins being killed along the Gulf Coast 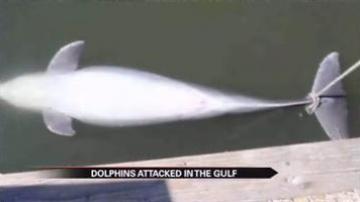 Dolphins are being brutally killed along the Gulf Coast and police are trying to find those responsible.

In past two weeks four dolphins have been killed and mutilated. Their bodies have been washing up along several Gulf Coast beaches.

Right now authorities are trying to fine those who are responsible.

"They're very very curious animals and when they come close to boats, you have somebody using them as target practice," said Moby Solangi, The Institute for Marine Mammal Studies.

The Gulf Coast is home to the largest population of dolphins in the US.