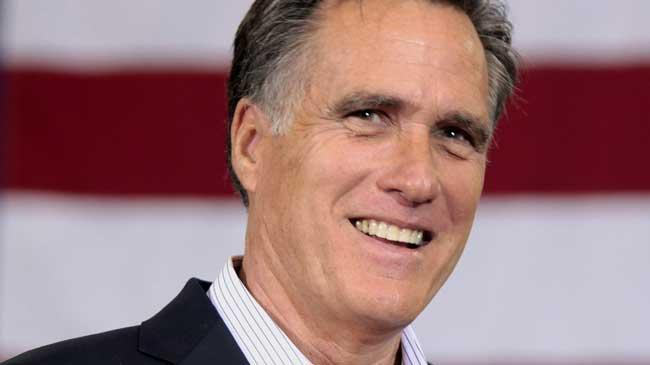 The two men are set to meet this weekend to discuss "governing moving forward" and potentially a role for Romney in Trump's Cabinet, the source said.

The source declined to specify for which Cabinet positions Romney is under consideration.

The meeting is the latest in a series of Trump's conversations and encounters with Republicans who did not support his candidacy in an effort to reunite the GOP following a divisive election that fractured party leaders past the Republican primary and into the general election.

It also comes as Trump has a jam-packed schedule Thursday and the President-elect's team looks to tamp down reports of disarray and infighting within the transition effort, which has been slow to ramp up following Trump's shocking upset victory last week.

A Romney appointment would be a startling shift in the two men's relationship.

Trump, who endorsed Romney in 2012, repeatedly slammed the former GOP standard bearer during his ultimately successful bid for the a Republican nomination for his defeat to President Barack Obama, describing him in characteristically colorful terms as a failure. Romney returned fire, repeatedly and forcefully arguing that Trump was not qualified to serve as commander-in-chief.

In an eviscerating speech last March, before Trump clinched the Republican nomination, Romney slammed Trump as a "con man," a "phony" and "a fraud."

Romney refused to endorse Trump in the general election. He argued In favor of allowing the Libertarian nominee Gary Johnson onto the debate stage, but did not endorse him either.

Romney also actively sought to recruit a third-party candidate to carry the conservative banner into the 2016 general election and continued to level heated criticism against Trump in the general election.

In a June interview with CNN's Wolf Blitzer, Romney warned that Trump's presidency could usher in "trickle-down racism."

Romney and Trump's meeting will come a week after Romney called to congratulate Trump on his victory, a call Trump tweeted was "very nice!"

Packed schedule to show transition is on track

Trump's transition spokesmen also announced Thursday he will name members of the so-called "landing team" of transition officials to work with US officials at the departments of State, Defense Justice and the the National Security Council.

Concerns about the slow pace of the transition effort have grown in recent days as US officials at various agencies said they had still not yet established contact with the Trump transition team.

Following the national security landing team announcement Friday, the transition team will also announce early next week the names of individuals who will lead the transition with economic agencies and domestic policy agencies and groups, RNC communications director Sean Spicer said on a conference call with reporters Thursday.

Trump is also scheduled to meet with his transition team for two hours on Friday to discuss their progress and go over potential appointments, Trump spokesman Jason Miller said Thursday.

"My transition team, which is working long hours and doing a fantastic job, will be seeing many great candidates today. #MAGA," Trump tweeted.

Miller declined Thursday to provide a timetable for cabinet appointments, stressing that the focus is on "getting it right," rather than an "arbitrary timetable," echoing the comments of senior Trump adviser Kellyanne Conway.

"In the words of Vice President Biden just yesterday after meeting with Mr. Pence, nobody should expect the government to be formed overnight," Conway said Thursday morning on MSNBC's "Morning Joe." "Nobody is in a rush to do the wrong thing."

Trump will seek ideas on his administration from nine "top shelf people" he is set to meet with Thursday at Trump Tower, some of whom Miller said are "up for cabinet positions" -- though he did not specify which ones.

As he focuses on filling key national security posts, Trump will seek the counsel of 93-year-old former Secretary of State Kissinger. Trump met with Kissinger for a private meeting in May, but the hawkish former secretary of state has also advised Trump's presidential rival Hillary Clinton, who said she "relied on his counsel" during her time helming the State Department.

Trump will also meet with Nikki Haley, the South Carolina governor who was deeply critical of Trump during the Republican primary, who is under consideration for the secretary of state post and other cabinet positions, according to a transition source.

And continuing with the national security bend of the day, Trump will also meet with Adm. Mike Rogers, the current director of the National Security Agency, and Gen Jack Keane, a retired four star general who advised Clinton in recent years.

The President-elect will also meet with a pair of Fortune 500 CEOs, Oracle's Safra Catz and FedEx's Fred Smith, as well as Cincinnati Mayor Ken Blackwell and Texas Rep. Jeb Hensarling, who is under consideration to helm the Treasury Department.

Trump is also set to meet Thursday in New York with Japanese Prime Minister Shinzo Abe, the first foreign head of state Trump will have met with in person since becoming president-elect.

The Japanese prime minister is set to deliver remarks to the press following the meeting, and his remarks will be an important indication of how the US-Japan relationship will unfold under a Trump administration.

On the stump, Trump repeatedly argued that Japan should pay a larger share of the costs for US military bases on its soil and even suggested the country should shoulder a greater burden of its defense against the aggressive actions of North Korea and provocations from China.