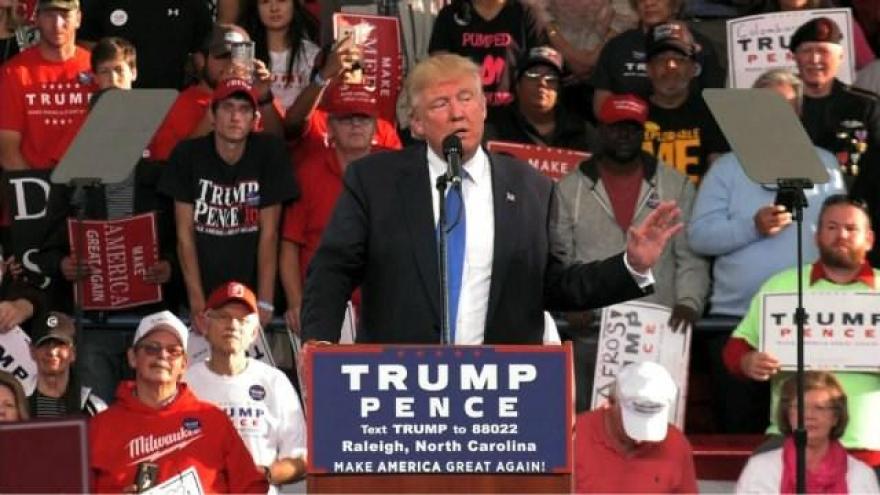 (CNN) -- President-elect Donald Trump's transition team slammed the CIA Friday, following reports the agency has concluded that Russia intervened in the election to help him win.

In a stunning response to widening claims of a Russian espionage operation targeting the presidential race, Trump's camp risked an early feud with the Intelligence community on which he will rely for top secret assessments of the greatest threats facing the United States.

"These are the same people that said Saddam Hussein had weapons of mass destruction," the transition said in a terse, unsigned statement.

"The election ended a long time ago in one of the biggest Electoral College victories in history. It's now time to move on and 'Make America Great Again.'"

The sharp pushback to revelations in The Washington Post, which followed an earlier CNN report on alleged Russian interference in the election, represented a startling rebuke from an incoming White House to the CIA.

The transition team's reference to the agency's most humiliating recent intelligence misfire --- over its conclusion that Iraq under Saddam Hussein had weapons of mass destruction --- threatens to cast an early cloud over relations between the Trump White House and the CIA.

The top leadership of the agency that presided over the Iraq failure during the Bush administration has long since been replaced. But the comments from Trump's camp will cause concern in the Intelligence community about the incoming President's attitude to America's spy agencies. CNN reported this week that Trump is getting intelligence briefings only once a week. Several previous presidents preparing for the inauguration had a more intense briefing schedule.

Multiple sources with knowledge of the investigation into Russia's hacking told CNN last week that the US intelligence community is increasingly confident that Russian meddling in the US election was intended to steer the election toward Trump, rather than simply to undermine or in other ways disrupt the political process.

On Friday, the Post cited US officials as saying that intelligence agencies have identified individuals connected to the Russian government who gave Wikileaks thousands of hacked emails from the Democratic National Committee and Hillary Clinton's campaign chairman John Podesta.

Trump has repeatedly said there is no evidence to suggest that President Vladimir Putin's Russia, with which he has vowed to improve relations, played a nefarious role in the US election.

"I don't believe it. I don't believe they interfered," Trump said in an interview for the latest issue of Time magazine, adding that he thought intelligence community accusations about Russian interventions in the election were politically motivated.

Trump has also been highly sensitive to any suggestion that he did not win the election fair and square, including claiming that he is only trailing Clinton in the popular vote because of a huge trove of illegal votes -- a claim for which he has provided no evidence.

Earlier Friday, the White House said that President Barack Obama had ordered a full review into hacking aimed at influencing US elections going back to 2008.

Russia has demanded evidence of its alleged involvement in the election and denied any wrongdoing.

CNN Manu Raju and Jim Sciutto contributed to this report.