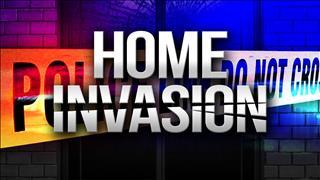 The Cass County Sheriff's Department responded to a home invasion at a home in Howard Township early Sunday morning around 4 a.m.

The woman awoke to the suspect standing in her bedroom.

She kicked the suspect and ran to escape from the same window the suspect allegedly used to get into the home.

The suspect allegedly stole some personal hygiene products belonging to the victim.

Deputies say they located the suspect sleeping in his vehicle a short distance away from the victim's home.

Deputies searched the man's vehicle and say they recovered the stolen hygiene products.

The suspect was arrested.

No names have been released and the incident remains under investigation.