Dowagiac Police searching for vehicle after teen was struck 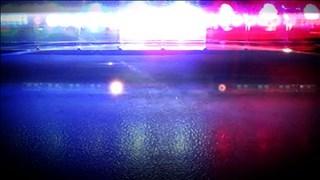 Dowagiac Police responded to an injury accident after a teen was struck by a vehicle.

Dowagiac Police Officers were dispatched to a residence on Riverside Drive at 3:55 p.m. Thursday

Police say they responded after receiving a call about a 17-year-old female hit by a car.

When police arrived, the teen told officers that she was riding her skateboard on Riverside Drive near Hill Street in Dowagiac when she was grazed by an oncoming vehicle that caused her to fall.

Police say the vehicle did not stop and continued heading South on that street.

The teen suffered cuts and scrapes from the fall and was treated at Borgess Lee Memorial Hospital and released soon after.

Police say the vehicle was described as maroon and a “boxy style” possible Chevrolet.

Anyone who may have seen the incident or have any information about the vehicle is encouraged to contact Dowagiac Police at 269-445-1205.