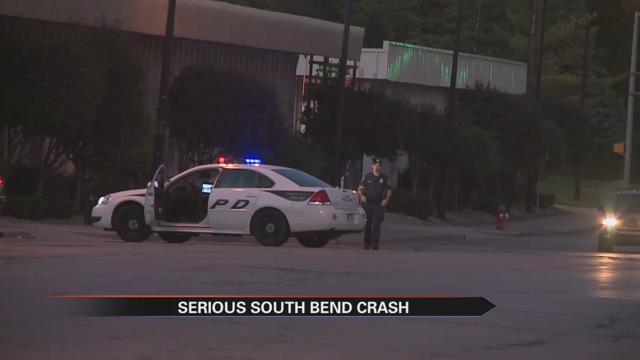 On Sunday night around 9 p.m. there was a large response to a car accident at the intersection of Michigan and Monroe Streets in downtown South Bend.

Sergeant Walsh with the South Bend Police Department says no one was hurt in the two car crash.

Which witnesses say is shocking because the two cars were a mangled mess.

One witness said several people came running out of a nearby bar because the crash was so loud.

Joseph Anderson said, "He plowed into that guy! T-boned his truck and the truck flew across the street pretty hard and took a chunk out of the curb."

The airbags were deployed in the vehicles but police said no citations were issued at the scene.

Crews cleared the scene in less than an hour.