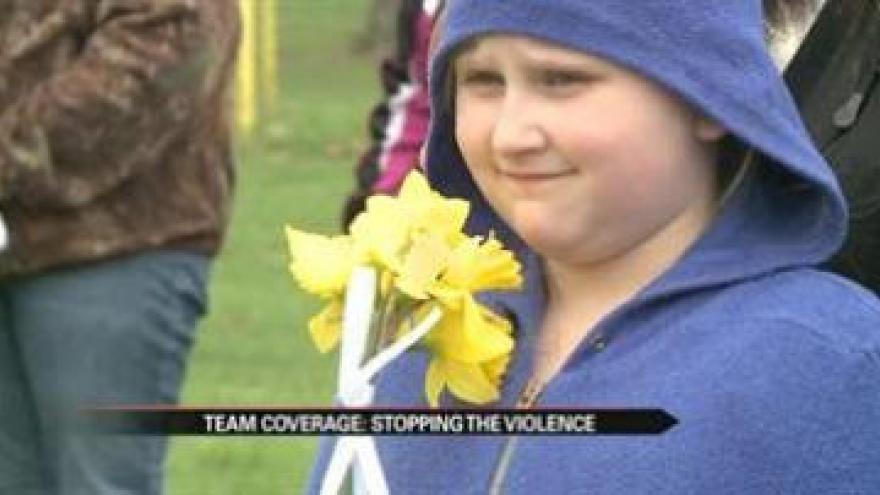 Family and friends, concerned citizens, and even strangers attended John Jr.’s vigil, praying for an end to the violence and peace in the neighborhoods.

“Anyone who met him or came in contact with him, he put a smile on their face,” said Cassaundra, John Jr.'s aunt.

It’s one of the reasons why she will miss her 2-year-old nephew so much.

With a big picture of John on the front of her t-shirt she and the other dozens of people at the park for his vigil were still stunned that a 2-year-old was taken by gun violence.

Minister Michael Elliot said this is the youngest victim he’s ever done a vigil for.

“It’s almost incomprehensible and it’s just shattering when something like this occurs.”

While others held hands, bowed their heads, and hugged one another.

Deputy Mayor Mark Neal, community activists, and long time residents were all there, relieved eight have been charged in John Jr.’s murder, but frustrated with ongoing violence.

“I grew up in this neighborhood and played in this park. To have this kind of thing going on in our community and our park is just intolerable,” said long time resident Myra Butts.