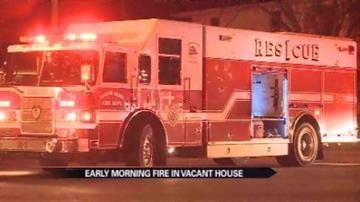 SOUTH BEND — Dozens of firefighters were forced to block off two South Bend streets because of a house fire.

More than 30 firefighters were called in to help get the fire under control when it spread to the second floor.

Nobody was home at the time the fire broke out.

They're still working the case to find out what caused it.