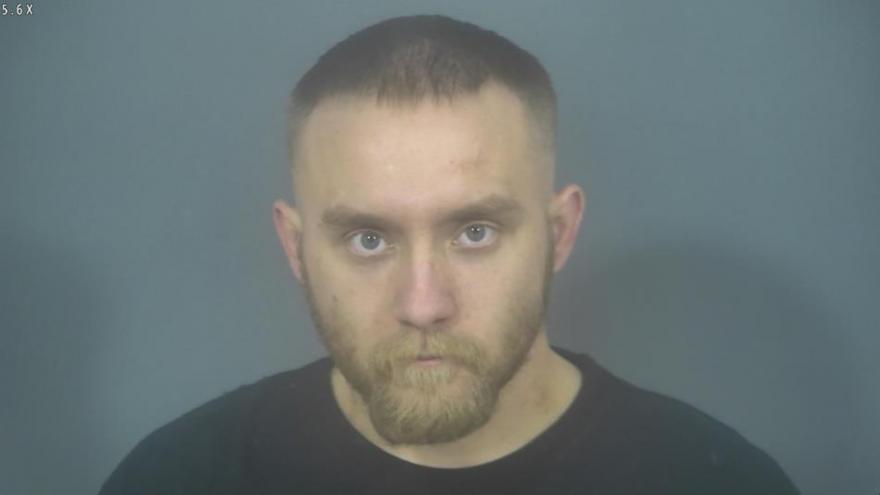 ST. JOSEPH COUNTY, Ind. – A man has been charged after allegedly leading police on a pursuit and crashing into a utility pole before running away on Sunday, according to court documents.

Corey Michael Allen Forrest was charged with driving while suspended, false identity statement, resisting law enforcement, and leaving the scene of an accident for the January 2 incident.

According to the probable cause affidavit, an officer with the Mishawaka Police Department arrived to a parking lot in a shopping plaza in the 900 block of South Merrifield Avenue for a report of a male passed out in a vehicle.

The man, later identified as Forrest, was found inside a white Dodge Dakota pickup truck. Medics and the fire department also responded to the scene.

Forrest allegedly identified himself to the officer under a different name, according to reports.

When the officer checked the identity of Forrest on his car’s computer, he found that the name Forrest gave looked nothing like the man in the pickup truck, reports said.

The officer returned to Forrest and instructed him to turn off the truck.

Forrest instead allegedly stepped on the accelerator but because it was in park, it didn’t move, reports said. He then allegedly shifted the truck into drive and drove away, according to reports.

The truck rode through the parking lot and onto 12th Street.

Because of the road conditions, the truck slid across the road and hit a Mishawaka Utilities pole, breaking it nearly in half, reports said.

Forrest then allegedly got out of the truck and ran south, according to police.

Other officers found him nearby and took him into custody.

He then identified himself as Corey Forrest, reports said.

At the time of the incident, Forrest was on probation.

His initial hearing is set for January 19.