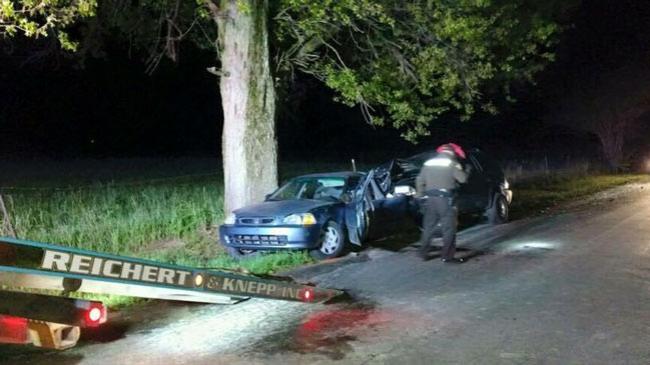 Two people who were involved in an accident just before 2 a.m. Sunday on Rose Road died from their injuries, according to the Marshall County Sheriff's Department.

The driver, 24-year-old Paul Graham, and one of his passengers, Jostiana Bouskill, died at Memorial Hospital on Sunday.

A third occupant of their vehicle, 17-year-old Jacob Kuskye, is in critical condition at Memorial Hospital.

A fourth person, 17-year-old Abri Mejia, did not sustain life threatening injuries. Mejia was the only one believed to be wearing a seat belt.

Graham's Honda Civic was driving northbound on Rose Road when an SUV rear-ended the Honda.

Deputies say Shane Graham and 27-year-old Monica Sanders were in the SUV and fled the scene.