Driver arrested after leaving the scene of a rollover crash 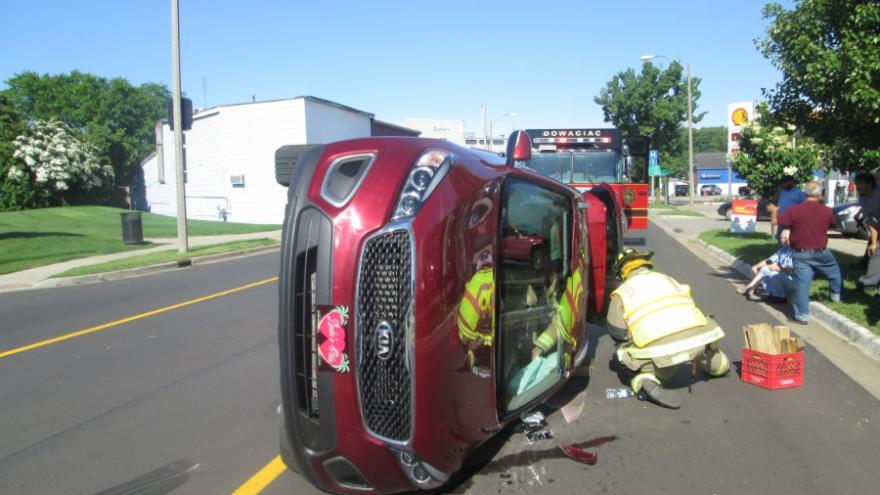 DOWAGIAC, Mich. -- A driver was arrested on multiple violations after a hit and run rollover crash.

Dowagiac Police were dispatched to a crash on E Division Street near W Railroad Street on Friday morning just after 9:30 a.m.

Officers arrived to find a vehicle rolled over and people trapped inside.

Dowagiac and Wayne Township firefighters extracted the driver Linda Walker, 65, and two passengers Bobby Statler, 76, and Brenda Starret, 65, from the rolled over vehicle. 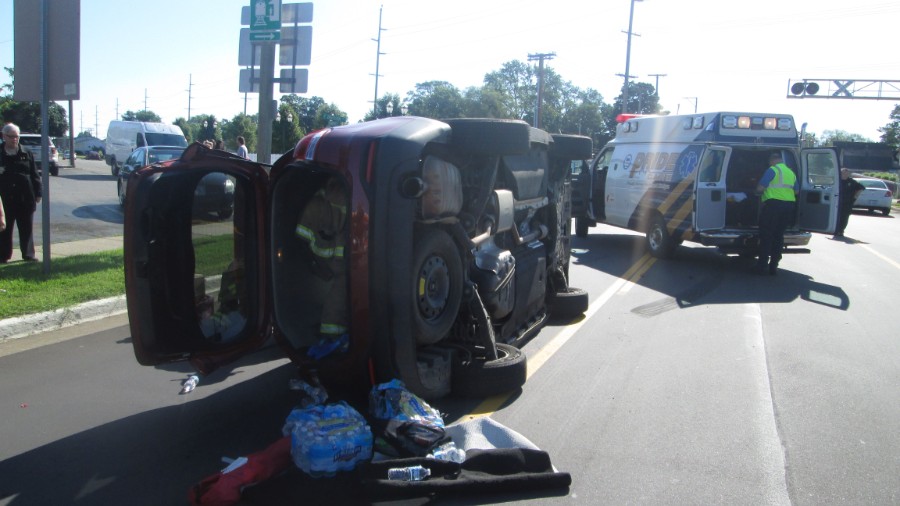 Dowagiac Police Department
They were taken to the Ascension Borgess-Lee Memorial Hospital where they were treated and released.

According to the witnesses in the rolled over car, the suspect vehicle ran the stop sign at the intersection of E Division Street and then crashed into their vehicle.

The suspect then allegedly fled the scene at a high speed.

Witnesses were able to give information about the suspect and the suspect’s car.

This led police to a residence in the 400 block of Michigan Avenue in Dowagiac where they arrested a 21-year-old male driver from South Bend.

He was arrested for Operating While Intoxicated, Leaving the Scene of a Personal Injury Crash and Driving While License was Suspended.

He was taken to the Cass County jail and his name is being withheld until his arraignment.