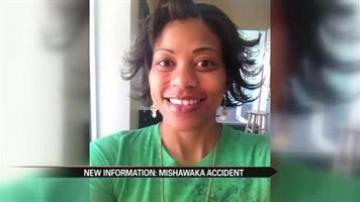 ST. JOSEPH COUNTY, Ind. -- Quentin Burnley has been charged with causing serious bodily injury while operating a motor vehicle while intoxicated for the accident that injured a jogger Thursday morning.

According to the St. Joseph County Prosecutor's Office, Tiffany Brantley was jogging on the north side of Jefferson Boulevard near Charlotte Street just before 7 a.m. when a car crossed the center line and struck her.

According to court documents, Burnley was driving a silver Chevy Aveo eastbound on Jefferson at a high rate of speed. A witness told police he swerved into the westbound lane and up onto the sidewalk, striking Brantley.

At the hospital, Burnley told police he had gone to a friend's house after work and had one 20-ounce beer and a quarter gram of marijuana.

Brantley was taken to the hospital and is in critical condition.

He said Thursday morning she was upset because of the death of her grandfather.

He expected to receive a call from her when she arrived to work Thursday morning, but instead got a call about the accident.

"I got the call I was at work at 9. Normally she would text me that she got to work, here, safe. I didn't get that call or that text. It wasn't a good sign," said White.

Brantley is still in the hospital.

"I think they got the bleeding stopped, but they're worried about her spinal cord. She has a back injury and a broken leg," White said.

Several witnesses told police Burnley was yelling at Brantley before the accident, but White says the two didn't know each other.

White and Brantley's family members are at her side praying for a full recovery.

"She just was so well loved by just so many people, so everybody is just waiting and hoping and praying. And as far as the physical aspect, we know she will bounce back," said White.

Burnley was taken into custody Thursday and was charged on Friday. His bond was set at $20,000.