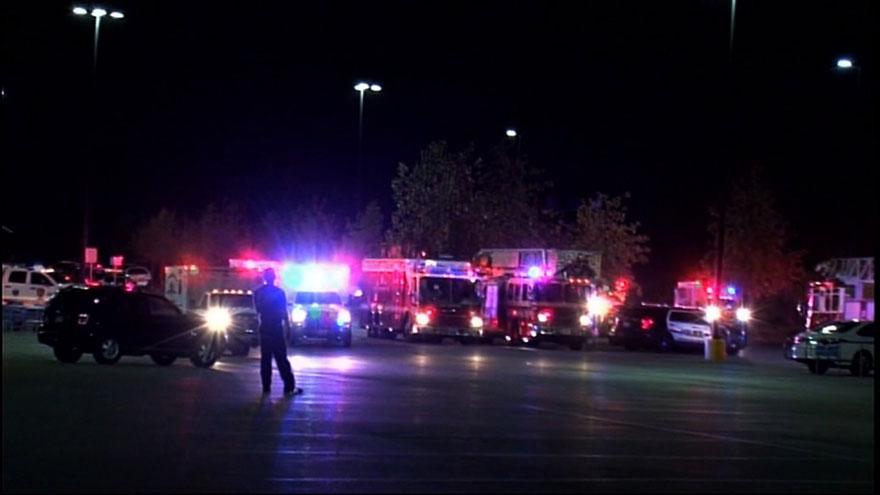 (CNN) -- The inhumane conditions from a boiling-hot tractor trailer have killed a 10th person in San Antonio -- making it one of the deadliest human smuggling cases in recent history.

Eight undocumented immigrants were found dead inside the truck, which was stopped at a San Antonio Walmart, early Sunday morning. Since then, two people who were hospitalized have died, officials said.

The 10th death came hours before the driver of the tractor trailer, James Matthew Bradley Jr., was due in court Monday. Bradley is accused of hauling as many as 100 people in an unrefrigerated semi truck in the scorching Texas heat.

More than two dozen people who were inside the truck were severely injured in what the San Antonio police chief called "a human trafficking crime."

"Checking the video from the store, we found there were a number of vehicles that came in and picked up a lot of the folks that were in that trailer that survived the trip," Police Chief William McManus said.

"The driver and whoever else we find is involved in this will be facing state and federal charges," he said.

Prosecutors plan to file a criminal complaint against Bradley in federal court on Monday morning.

"These people were helpless in the hands of their transporters," said Richard L. Durbin Jr., US attorney for the Western District of Texas. "All were victims of ruthless human smugglers indifferent to the well-being of their fragile cargo."

More than 100 undocumented immigrants may have been crowded into the trailer during the journey, according to Thomas Homan, US Immigration and Customs Enforcement's acting director, citing initial interviews with survivors.

7 ways to spot that someone is being trafficked

A Walmart employee alerted authorities to the tragedy after a man who was in the trailer asked for water.

The employee brought water for the man, then called police and asked them to conduct a welfare check, McManus said.

"We quickly called a 'mass casualty incident' and had about 29 units arrive out there and start transporting people," San Antonio Fire Chief Charles Hood said.

"With heat strokes or heat injuries, a lot of them are going to have some irreversible brain damage," he said.

A heatstroke can cause swelling of the brain and other vital organs, possibly causing permanent damage, if a person's body temperature isn't quickly lowered, according to the Mayo Clinic.

Officials said the air conditioner in the trailer was not working. And the high temperature in San Antonio on Saturday was 100 degrees Fahrenheit (38 degrees Celsius).

"Unfortunately, some of them were severely overheated, and that was a refrigerated truck with no refrigeration," Hood said. "So the inside of the truck was just austere condition that nobody was going to survive in it. So we were very fortunate that they were found."

Two of the people hospitalized are 15 years old, the fire spokesman said.

Authorities don't know where the trailer is from or how long it was parked at Walmart, but they are reviewing surveillance video.

Police also searched the area with helicopters after some people ran into the woods.

McManus said it was fortunate that the trailer was discovered and that there were survivors but that such incidents happened all the time.

"You can see that it happens late at night under darkness because they don't want to be discovered," he said.

Once the victims undergo treatment, the case will be turned over to US Immigration and Customs Enforcement, the police chief said.

Homan deplored the discovery as the latest major case of human smuggling in the United States.

Even in a state where human smuggling happens with alarming frequency, Sunday's discovery stirred memories of the 2003 case in Victoria, Texas, that left 19 people dead. At the time, a border and transportation security official called it "the greatest loss of life in recent history in what appears to be an alien smuggling case."

The victims, ranging from a 7-year-old boy to a 91-year-old man, died of asphyxiation, dehydration or heat. They had been crowded in the back of a truck with about 100 other people, with temperatures soaring past 100 degrees Fahrenheit, investigators said.

The driver in that case, Tyrone Mapletoft Williams of Schenectady, New York, was initially sentenced to life in prison, but in 2011 was resentenced to almost 34 years in prison.

Homan, the current acting director of ICE, was a lead investigator in the Victoria case.

Last month, he disputed the notion that his policies were heartless and said the humane thing to do is to deter people from paying the human smugglers and cartels that are the only way to illegally cross the Southwest border.

"Why am I so strong in what I'm trying to do? Because people haven't seen what Tom Homan's seen," Homan said.

"They haven't seen the dead immigrants on a trail that were left stranded. They weren't in Phoenix, Arizona, when these organizations were holding people hostage, raping the women, molesting the children, killing people that couldn't pay their smuggling fees, doubling their smuggling fees after they got to the United States. ... People weren't standing with me in Victoria, Texas, in the back of a tractor-trailer with 19 dead aliens including a five-year-old child laying dead under his father that suffocated in the back of this tractor-trailer."

'Human trafficking is an epidemic'

US Rep. Lloyd Doggett, a Democrat who represents parts of San Antonio, called for reform.

Eyes of the highways: Raising a 'trucker army' for trafficking fight