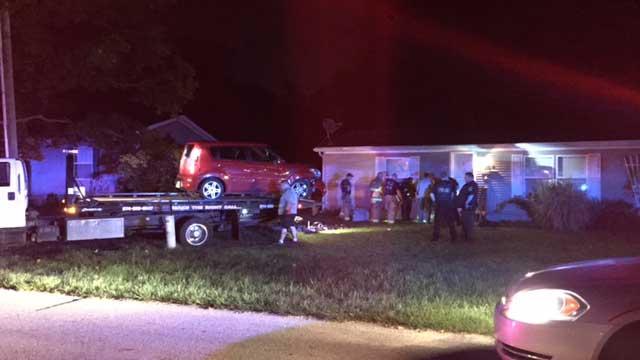 A 28-year-old woman was arrested on preliminary charges of OWI and reckless driving after allegedly driving her car into a residence.

The crash happened just after midnight on September 21 on Peony Street in Osceola.

The homeowner told ABC57 he was asleep when the crash happened. He said he was the only one in the house at the time.

There was damage to the home's porch and yard.

She was booked for OWI and reckless driving.

Traver was later released from the jail on $250 bond.