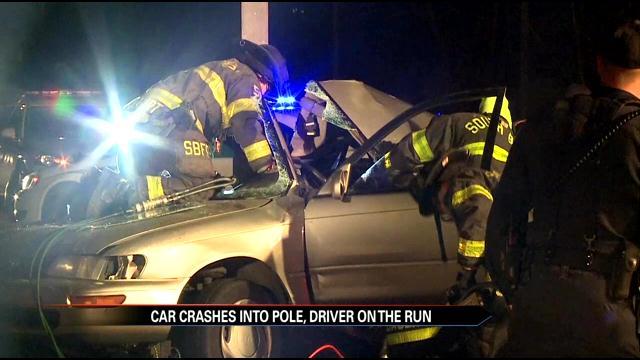 South Bend Police are investigating a car accident that left one passenger trapped with no sign of the driver.

It happened at the intersection of Northside Boulevard and Louise Street just after 1:00 Wednesday morning.

Police believe the car was driving too fast, hit the curb, lost control and hit a pole.

The driver fled the scene after the crash. A passenger was trapped inside and had to be pulled out by emergency crews.

He was taken to the hospital in serious condition.

Another passenger was found trying to run away from the crash.

The scene was cleared in time for the morning commute.

South Bend Police continue to search for the driver.