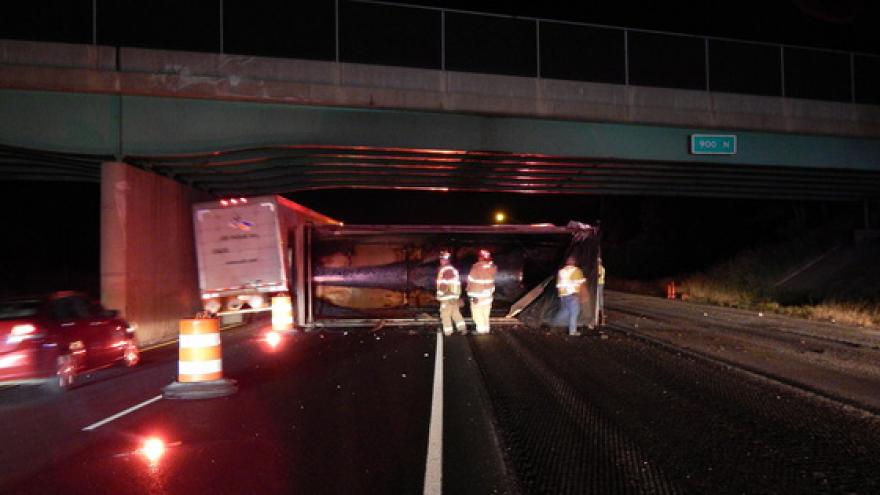 According to police, the driver of a dump trailer working for Reith Riley Construction dropped off a load of asphalt to road crews in the area.

As the driver moved out of the construction site onto the inner shoulder, the trailer hit the CR 900 N overpass at the 43.5 mile marker.

The trailer became detached and overturned under the overpass.

The driver, 59-year-old Daniel Spence of South Bend, was taken to Saint Anthony's Hospital for treatment of pain.

He told police he thought he had lowered his trailer after dropping off the load.

Police said he was cited for unsafe vehicle.

The Indiana Department of Transportation was notified to inspect the overpass.