Driver hospitalized after colliding with horse 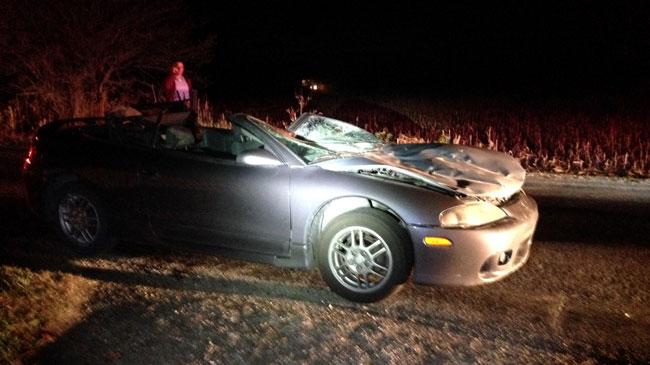 A 19-year-old Bremen resident was hospitalized after the car he was driving struck a horse just before 6 a.m. Thursday.

According to the Kosciusko County Sheriff's Department, Isaac Rosentreter was driving his 1997 Mitsubishi Eclipse on CR 1350 North near CR 1025 West when a horse walked onto the road.

Rosentreter tried to brake, but struck the animal, deputies said.

The horse died upon impact.

Rosentreter was taken to the hospital with facial injuries and other abrasions.

Deputies say it appeared the horse's owner pushed a watering trough to the side, which allowed the horse to exit the fence area.