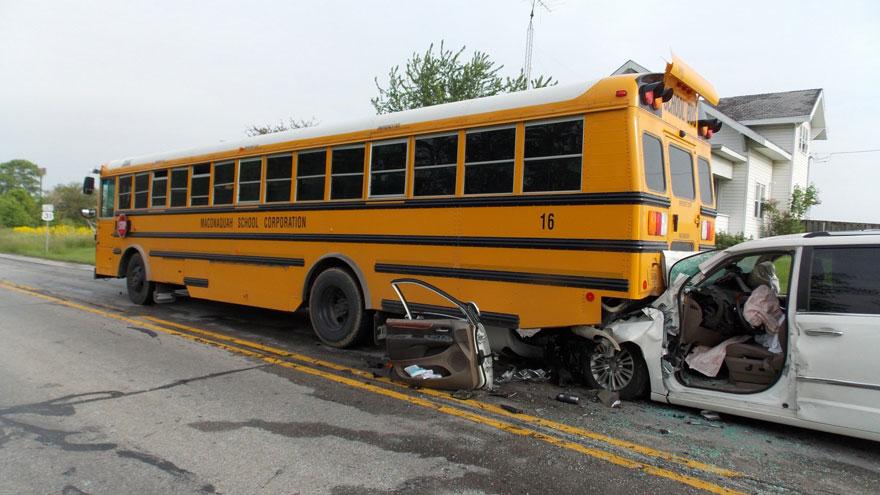 MIAMI COUNTY, Ind. -- A school bus was rear ended Tuesday morning while a student was boarding the bus, according to the Indiana State Police.

Officers with the ISP and deputies with the Miami County Sheriff's Department responded to the 2800 block of SR 18 at approximately 7:30 a.m.

The preliminary report indicates the bus was traveling westbound on SR 18 when it stopped in front of a home in the 2800 block to let an 8-year-old student board the bus, reports said.

The driver of the minivan was transported to the hospital with cuts to her arms and legs.

No one on the bus was injured, police said.

The bus was transporting students in the Maconaquah School Corporation.

This crash remains under investigation, but police do not believe alcohol or drugs were factors in the crash.