Driver injured in crash into Maple Grove Bar and Grill 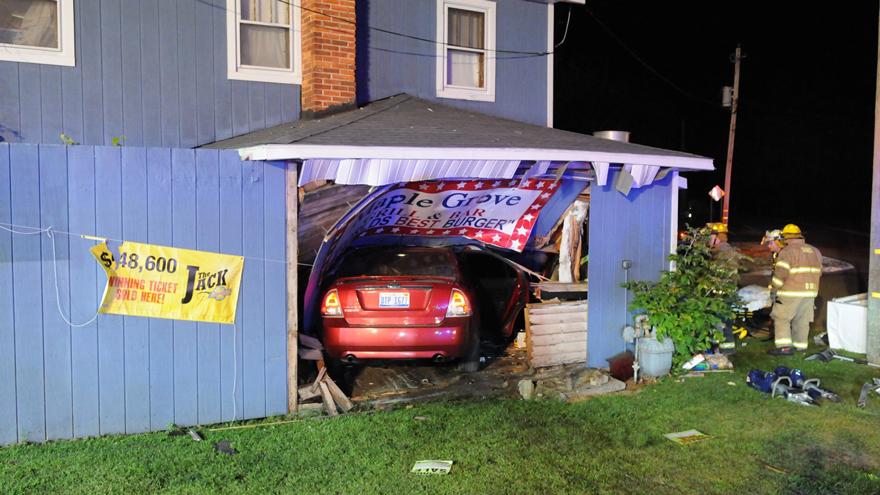 SOUTH HAVEN, Mich. -- A driver suffered serious injuries after his car went through a restaurant at M43 and 12th Avenue Sunday evening, according to South Haven Area Emergency Services.

SHAES says the driver struck the traffic island in the roundabout, went airborne and struck the Maple Grove Bar and Grill.

The driver was extricated by SHAES and taken to Bronson Methodist Hospital in Kalamazoo.

Although the restaurant was closed at the time, several employees were still in the building. The owner was washing dishes in the kitchen when debris fell on him, but he was not injured.