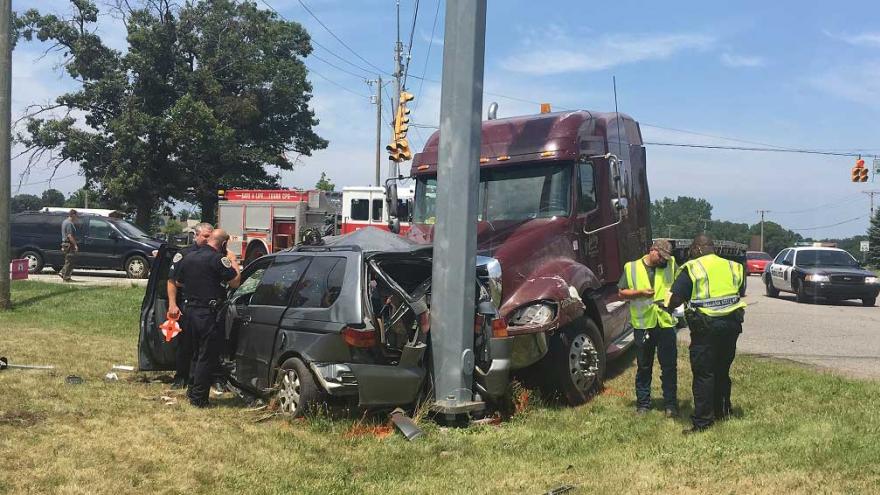 ELKHART, Ind. -- The driver of a van was injured when the van collided with a semi on CR17 at Middlebury Street, according to Elkhart Police.

Police said the semi was traveling south on CR17 when the driver of a Honda van made a left turn in front of the semi.

The semi was unable to stop and the two vehicles collided in the intersection.

The force of the crash caused the two vehicles to leave the roadway and strike a utility pole, police said.

The driver of the Honda was transported to Elkhart General Hospital with non-life threatening injuries.

Elkhart Police say drugs and alcohol do not appear to be factors in the crash.