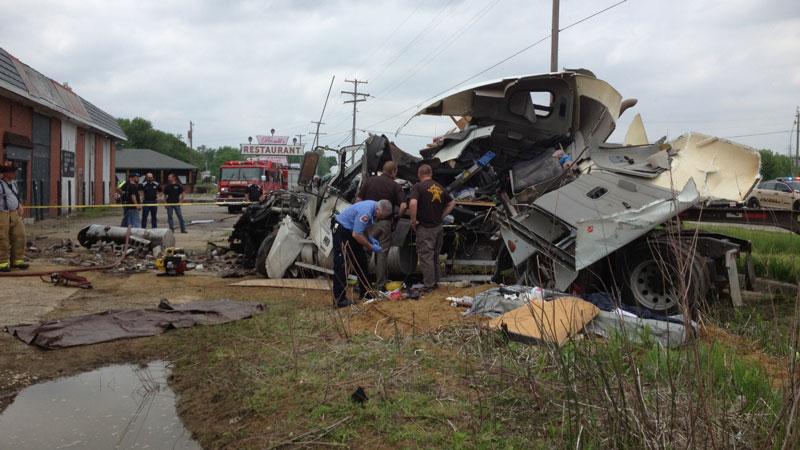 The driver of a semi was found deceased inside the cab of his semi, which was inside an abandoned warehouse on US30 east of Pierceton, according to Kosciusko County FACT.

The Fatal Alcohol Crash Team, made up of members of the sheriff's office and police, is investigating.

Officers with the Kosciusko County Sheriff's Department and Warsaw Police responded to the accident that happened around 12:23 p.m.

The investigation revealed the driver of the semi was westbound on US 30 when the vehicle crossed into the median, crossed the eastbound lanes and collided with the wall of a vacant business at 7659 East US30.

The semi went through the wall of the business and came to a rest inside it.

The driver was found deceased inside the wreckage. A dog was also found in the cab and it survived the accident.

The dog was taken to Kosciusko County Animal Control.

The driver's identity has not been released.