Corrections offier killed in crash on U S 6 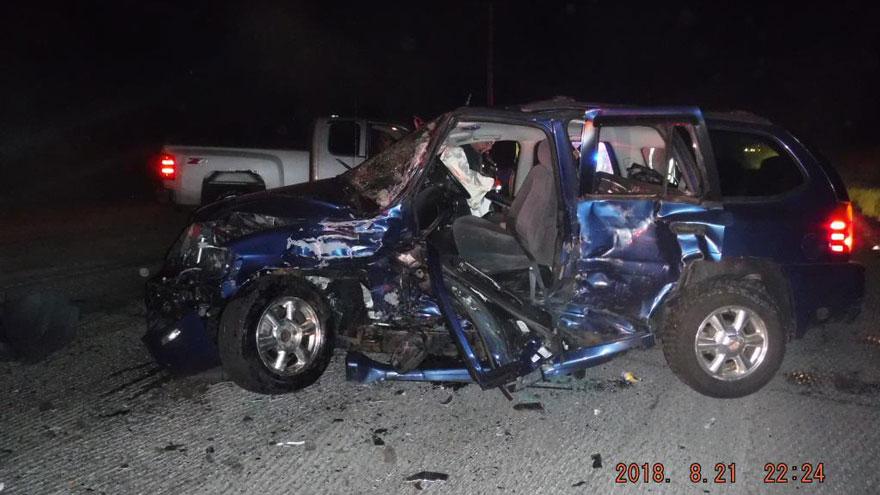 LA PORTE COUNTY, Ind. -- A driver was killed in a two vehicle crash on US 6 and CR400 West around 10 p.m. Tuesday, according to the La Porte County Sheriff's Office.

Deputies say a GMC was traveling north on CR400 West when the driver disregarded a stop sign and drove into the path of a Chevy Silverado headed east on US 6.

The driver of the GMC, 20-year-old Zachary Holland, died at the scene.

The driver of the Silverado complained of pain to his upper bod but refused treatment at the scene.

Alcohol has been ruled out as a factor in the crash.

Holland was a corrections officer with the Indiana State Prison in Michigan City. He had been with the prison since September 11, 2017.

Warden Ron Neal stated, “This is simply a tragedy, one that can affect all of our lives at any moment as tomorrow is not promised to any of us. Officer Holland’s passing has hit many ISP staff hard as he was truly liked and respected by his co-workers. Our Honor Guard will proudly represent ISP at the funeral. Donations are being taken by this Administration to assist the family in this time of need. Additionally, the Correctional Professionals Assistance Fund for IDOC will also be providing a contribution to Officer Holland’s family. All Custody Staff will be honoring the memory of Officer Holland tomorrow by wearing a black ribbon on their uniform in his memory."