Driver of car that hit deputy's vehicle arrested for OWI 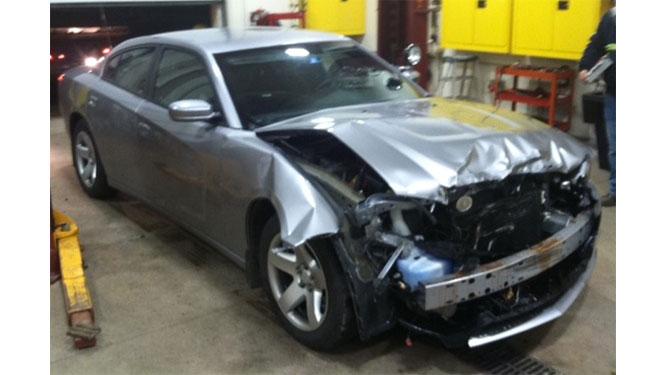 A man who drove off the side of the road and struck a deputy's vehicle parked ten feet off the road was arrested early Thursday morning for operating while intoxicated.

According to Elkhart County Sheriff's Department, Officer Bryant Byler was parked 10 feet off Old US Highway 33 around 5 a.m. Thursday morning in a business driveway.

Driver Robert Flowers was eastbound on Old US Highway 33, failed to negotiate a curve, drove off the road, struck the patrol car, then a sign post and guide wires for an electrical pole before coming to a rest.

Flowers failed field sobriety tests and had a BAC of .15, according to deputies.

Flowers was arrested and taken to the Elkhart County Jail.

He has been charged with driving while suspended-prior and operating while intoxicated-felony.