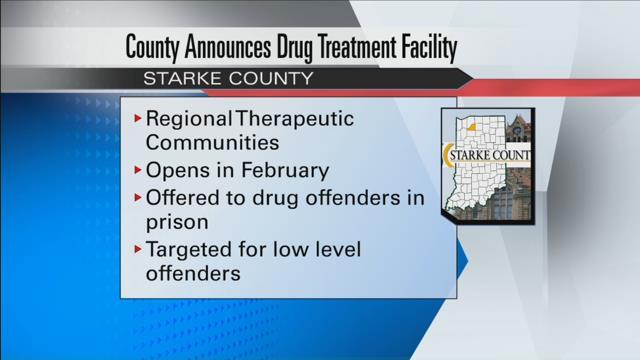 Starke County will soon have Indiana's first drug treatment program for drug offenders outside of the state's prisons.

The Regional Therapeutic Communities program will begin in February.

Previously RTC programs were only offered in state prisons for drug offenders.

Low-level drug offenders sentenced by a judge to the program will have the chance to go through a rehabilitation process rather than just go to prison.

"This is an opportunity to remove those individuals from the prison and put them in the local jail - closer to their families - where the chance for success is greater," said Judge Hall.

The state will pay the county for each person assigned to the program.