Dry and warmer weekend; Snow and cold early next week

Highs over the weekend will climb into the mid-40s while skies stay dry and mostly to partly cloudy. Hopefully you can get outside over the weekend because temps crash hard starting Monday, thanks to the incoming system. Attention is still focused on early next week, with a cold front bringing a wintry mix changing over to snow late Sunday/Sunday night into Monday morning. Once the front clears Michiana, we’ll see a shift to L.E. snow around midday Monday. Lake effect chances continue through Tuesday night with drying conditions and slowly warming highs afterwards. 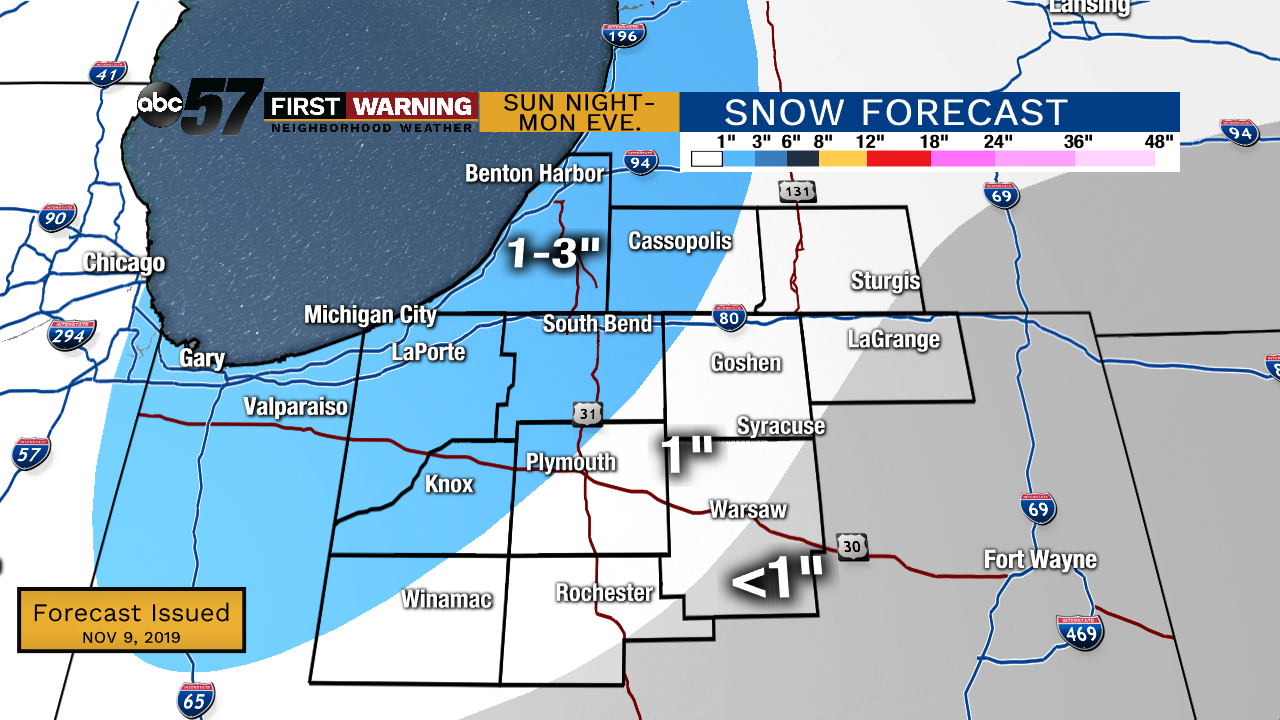 Totals right now are focused on the early stages of the event: Sunday night through Monday evening. A widespread 1” can be expected for everyone with 1-3” totals for the NW half of Michiana. More snow in the L.E. zone Monday night through Tuesday night will continue to build upon these numbers.

Monday: Cloudy with AM system snow, followed by L.E. snow. Breezy. High of 30.