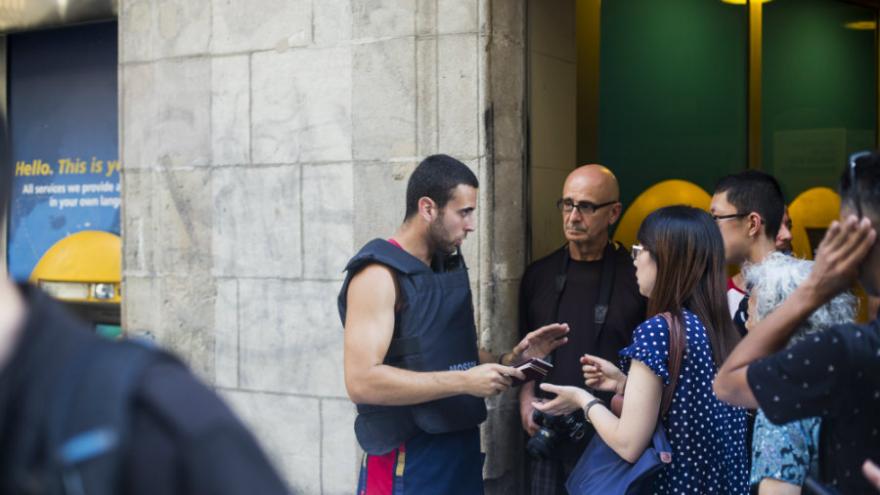 (CNN) -- According to an initial assessment, traces of the powerful explosive TATP were found at the ruins of the suspected bomb factory used by the Barcelona attack cell, a source briefed on the investigation told CNN.

The source stressed the assessment was preliminary.

TATP is made by adding an acid to a mixture of acetone and hydrogen peroxide solution and can easily result in accidental detonation if mistakes are made in preparation.

It is a high explosive that is much more powerful than that used in the April 2013 Boston bombings that killed three people and wounded more than 250 others.

TATP was used in the November 2015 Paris attacks, the March 2016 Brussels bombings, the May Manchester bombing and a failed bomb attempt by an Islamist extremist at the Gare Centrale in Brussels in June.

Many Islamist terrorists who have successfully made TATP have received some form of terrorist training.

The ISIS media wing, Amaq, has said the Barcelona attackers were "soldiers of the Islamic State," but stopped short of explicitly claiming responsibility for the attacks or providing evidence for their claims.

The Spanish newspaper El Pais was first to report traces of TATP were found in the ruins of the suspected bomb factory in Alcanar, about 125 miles drive south along the coast from Barcelona.

The blast Wednesday evening at a house in Alcanar came before the Barcelona attack, in which 13 people were killed and 120 were wounded.

The home was was almost destroyed by an unexpected explosion.

One person, a Spanish national, died in the blast, and another was seriously injured -- and later arrested.

Six other people were also injured in the explosion, according to a Catalan fire department report, no information was provided as to the identity of the six.

Police said Friday there were other "biological remains" found at the site, but it is unclear whether they belong to a different person than the one killed.

Thwarted by the accidental explosion, and possibly alarmed at the attention it drew, it appears that the surviving members of the cell may have scrambled to mount an alternative plan. The next day at about 5 p.m., a rental van was driven at high speed from Barcelona's Plaça de Catalunya deep into the teeming crowds on the city's most famous thoroughfare, Las Ramblas.