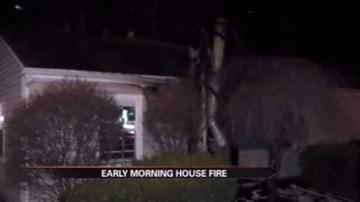 When firefighters arrived, they found heavy smoke coming from the front of the house and the chimney was enclosed. Residents were evacuated quickly.

The fire was under control in 20 minutes. Damage is estimated at nearly $75,000 and the cause of the fire is believed from a build up in the chimney.