Early voting up in Elkhart county 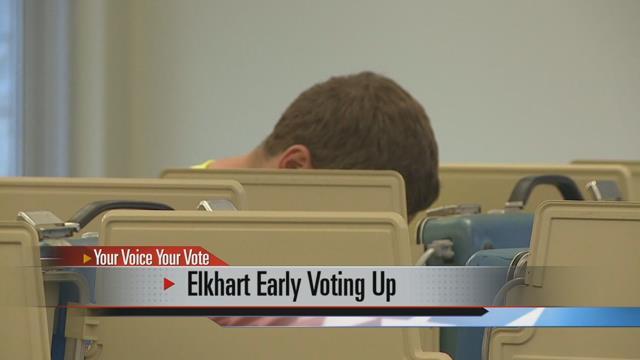 Indiana is shaping up to become a major battleground state for the Presidential Primaries.

The excitement surrounding national elections is bringing more Hoosiers out to the polls.

According our reporting partners at The Elkhart Truth, Elkhart County Clerk’s office is reporting early voting turnout is on pace to doubling the amount of ballots cast during the 2012 election.

According to The Elkhart Truth, more than 130,000 people in the county have registered to vote.

And if early voting is an indicator for what’s to come, next week’s turnout will be strong.

According to the clerk’s office, more than 1,966 people took advantage of early voting as of last Thursday.

By comparison, 1,868 absentee votes were cast during the last presidential primary election cycle.

There are 27 voting centers the county expects will be slammed on primary day, so officials are encouraging voters to turn in early ballots to avoid the long lines.

More than 200 workers will be manning the polls on May 3.

Each center will have at least 10 voting machines.