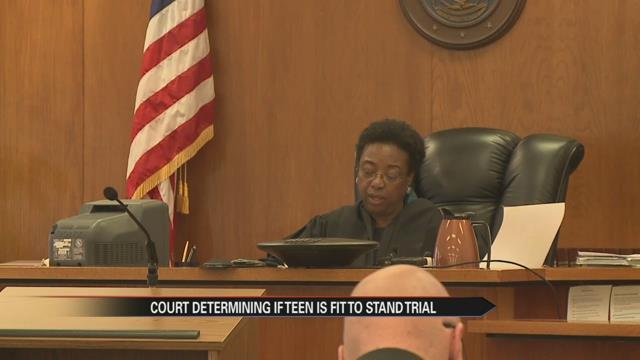 Doctors will determine if an Eau Claire teen is competent to stand trial after police said he brought a stolen gun to school property following a threat on social media.

The 16-year-old former student was expelled for allegedly having a gun at school  during the homecoming powder puff football game at Eau Claire High School.

On Tuesday Berrien County Court Judge Mabel Mayfield was supposed to decide if the teen should be tried and sentenced as an adult, but that decision was postponed pending the mental health exams.

Mayfield said, "By December 9th completed assessments and evaluations shall be provided to all council of record.”

In the midst of the October incident the superintendent for Eau Claire Schools said the student reportedly sent a snapchat message warning other students to "not come to school on Monday."

On Tuesday it was decided the 16-year-old will have to take a mental competency, psychological and criminal responsibility tests.

Mayfield said, “We will grant the adjournment. We will schedule this matter for December 15th. Assessments are to be made available to counsel of record and this is a waiver of any requirements or bindings of time constraints.”

On October 27th the teen was charged with two misdemeanors and five felonies for stealing a gun and bringing it to school.

If the student does not pass the mental exams he could avoid a trial all together.

Note: ABC57's Alexandra Koehn chose not to disclose the defendant's name because he is a minor. If the teen is tried as an adult we will share his name.