Economy is starting slow under Trump, but still in good shape 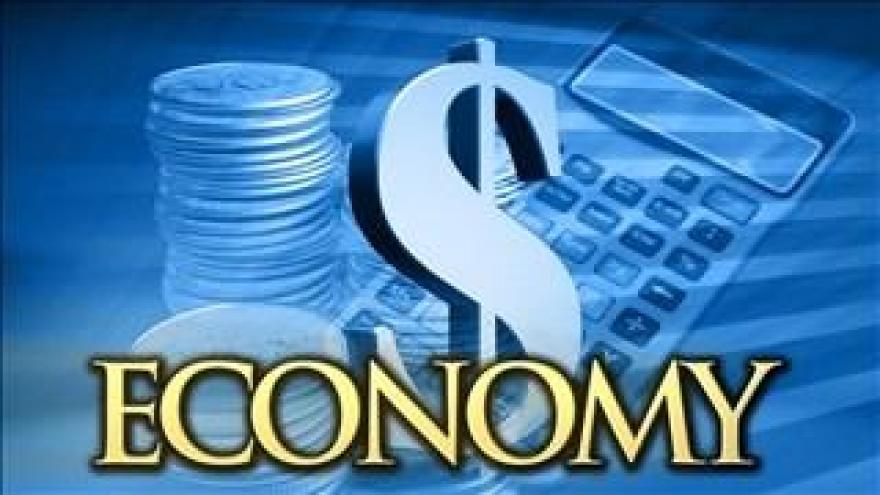 NEW YORK (CNNMoney) -- This year started out with more of the same sluggish growth the U.S. experienced during President Obama's term. But as with the final years of Obama's presidency, there's reason to be optimistic about the current state of the economy under President Trump.

The government will publish the first report of economic growth in the Trump era on Friday.

The Atlanta Federal Reserve is predicting 0.5% annual growth in the first three months of the year; private economists are forecasting 1.1%.

The Trump administration isn't really responsible for the slow growth yet. The reason: Many of his policies haven't become law, and none of them have had enough time to work through the economy.

"What happened in the first quarter of the year is entirely beyond credit or blame of the Trump administration or the 115th Congress," says Joseph Brusuelas, chief economist at RSM, an accounting firm. "That'll be a 2018 story."

Trump's proposals -- from tax cuts to infrastructure spending -- likely won't have an impact on the economy until next year if they get passed through Congress. That's a big "if," too.

But Friday's figure will illustrate Trump's uphill battle ahead. He's promised 4% annual growth. The Fed forecasts 2% growth for the next few years.

America's economic growth has been glacial since the Great Recession ended in 2009, averaging about 2% a year since 2010. During the late 1990s, annual growth hit a strong 4% a year.

Many factors have held down U.S. growth over that time. To name a few: A weak global economy, a strong dollar that hurt U.S. trade, and Americans who have become too hesitant to spend after a scarring recession.

One big difference so far this year is that Americans' optimism in the economy's future has improved dramatically. Confidence -- from consumers to big business -- has shot up, partially because of the hope underpinning Trump's policies.

But so far there's no evidence that it's leading to actual spending. Consumer spending, the real engine of growth, has been sluggish so far this year.

Some say that's a post-election wake up call.

"What we're seeing in this first quarter is the beginning of some genuine skepticism that all that optimism was overdone," says Bernard Baumohl, chief economist at the Economic Outlook Group, a research firm.

The problem isn't so much that things are getting worse. Experts stress the U.S. economy is in good shape overall: Unemployment is low, at 4.5%. Job growth is solid. Gas prices are low. Wage growth has picked up. Global economic risks are low for now too, which also helps boost business confidence.

The issue is whether the GOP-controlled White House and Congress can quickly pass new economic reforms this year that will truly boost the economy out of this slow-growth phase.

One of Trump's proposals, infrastructure spending, could provide America with the shot in the arm it needs.

New infrastructure -- improving America's roads, bridges and rails -- would create construction jobs and help other workers (we're looking at you, morning commuters) get from point A to point B faster. Less time traveling means more time at work or at home -- more productive time.

But a grand infrastructure bill from Trump and Republicans in Congress isn't on the horizon this year. Repealing Obamacare, renegotiating NAFTA and cutting taxes are 2017 priorities.

So at least to start the Trump era, economic growth looks to be more of the same. It's important to remember that the first quarter number is notoriously low and often gets revised up a bit.

And keep in mind: overall, America is in solid shape.

"The economy is doing just fine," says Paul Ashworth, chief US economist at Capital Economics, a research firm. "I don't think there's any serious concerns about the US economy."