Eddy Street to close for next phase of construction in March 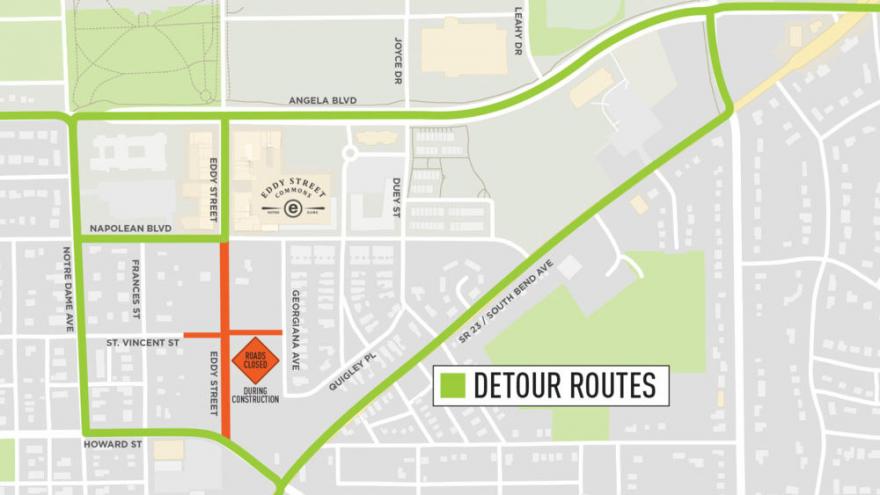 Kite Reality Group will begin the next phase of construction on Eddy Street on Thursday.

The City of South Bend stated the following roads will be closed for 20 months:

According to the city, Eddy Street between Napoleon and Angela Boulevards will be open throughout the entire construction period.

Beginning Thursday, detour routes will be in place for 24 hours a day until the construction is complete.

Southbound traffic on Eddy Street will be detoured:

St. Vincent Street will reopen between Eddy Street and Georgiana Avenue in summer 2019.

You can visit this website to see updated road information during the construction process.