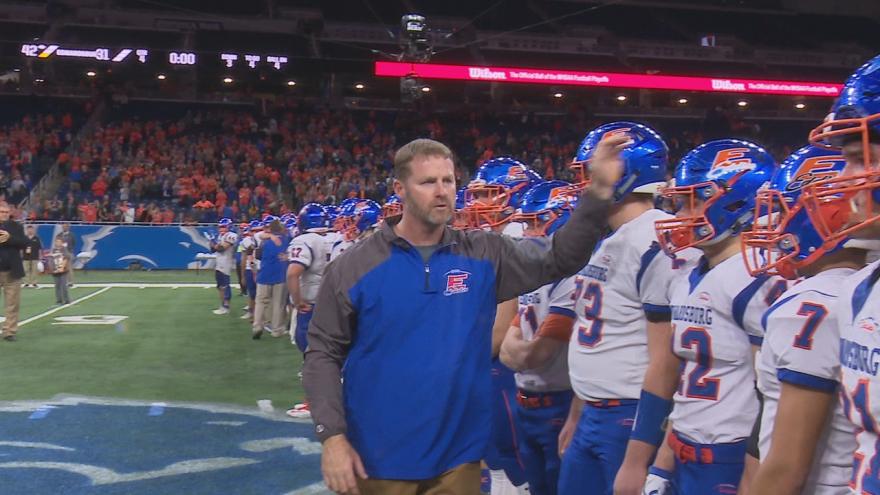 EDWARDSBURG, Mich. - After leading Edwardsburg football to its most successful season in program history, Eddies coach Kevin Bartz earned recognition from his peers in the Michigan coaching ranks.

Bartz was included on the list of Michigan Coach of the Year winners, receiving the statewide honor for Division Four by the Michigan High School Football Coaches Association.

The Eddies made the trip to Detroit's Ford Field in late November, and though they fell 42-31 to Grand Rapids Catholic Central, it marked the school's first appearance in a state championship game.

Edwardsburg finished the 2017 football season with a 12-2 record. In his 23rd season was the eighth time Bartz led them to the postseason. Prior to the state championship appearance, the Eddies had previously made the state semifinals in 2010, 2014, and 2016.

Bartz adds this recognition to a Detroit Lions Michigan Coach of the Week honor, which he received in September 2017.